Home/Shenmue 3 Kickstarter Update #56
Back to the newsfeed 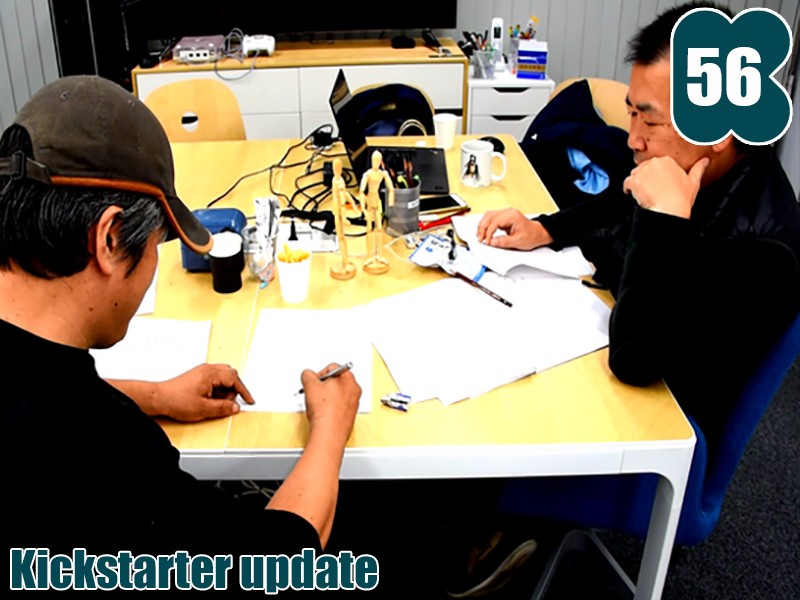 Backer Update for May

This month we are happy to announce a new member to the Shenmue III team—Toshihiko Masada. Toshihiko stands on the forefront of the animation industry, with experience as Animation Director, Animation Choreographer and Artistic Director. His work on “The New Batman/Superman Adventures” won him an Emmy award in 1997.

For Shenmue III, Toshihiko will be doing the storyboarding for the cut scenes that will appear in the game. Today we would like to give a look into some of the work going on at this stage.

During the storyboard process, what will be in the scenes, and how that material will be depicted is carefully thought out. Especially important here will be the depth perception of the shots to ensure proper depth cueing, and from what/whose perspective the shot will be taken. Another key point that will be focused on will be to bring out Shenhua’s personality, showing her charm, free-spirited nature and childlike innocence.

This process is and an important one so the ideas and context of the scenes are fully conveyed to the rest of the production members.

At the storyboard stage, the characters are given their expressions, which will be augmented with changes to the background to effectively bring home those traits.

Taking charge of the real-time movie storyboards is Toshihiko Masada.

Breathing life into the story, Toshihiko makes Ryo run with the wind at his heels.

The depth perspective and camera work unique to 3D games are added into the storyboards as well.

Everything from slight changes in expression to cuts of whole cities, the world of Shenmue III begins to materialize here.