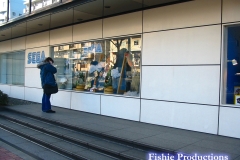 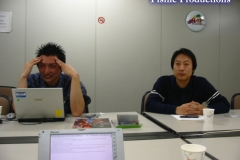 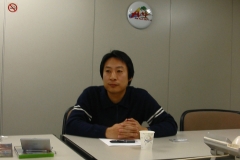 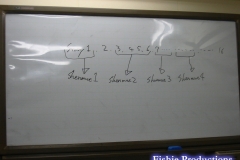 Q: Have you worked on the previous DC Shenmue games?
A: I have worked on all Shenmue versions.

Q: Can you tell us a little bit more about the unreleased Saturn version? How long had it been worked on, and did it use the experimental Saturn expansion cartridge or the 4meg RAM card?
A: Nearly two years of work was put in the Saturn version. It didn’t use a booster cartridge nor did it use the 4meg RAM card, so yes, the game was programmed for, and the footage seen as an extra on Shenmue II is from the code running on a stock Saturn.

Q: Wow, that’s very impressive! Is the Shenmue series likely to continue on the XBox?
A: Maybe, However, I don’t know yet if I will be the one producing them.

Q: Why on the Xbox?
A: The hardware is very powerful, so that makes it easier for us to realize our visions for the series.

Q: Shenmue II was AM2’s first Xbox project. What do you think of the hardware compared to other high-end hardware like Naomi 2 – which AM2 is working with, and how does the Xbox compare to Naomi 2?
A: They are both high-spec machines. Xbox has a little bit more trouble with transparencies, but overall I think they are comparable technology-wise. Each has their own weaknesses and strengths, but I wouldn’t say that overall one has the edge on the other.

Q: Why did you decide to package Shenmue: the Movie with the game?
A: We knew that there would be players new to the series and we wanted them to get a feel for the story. And also as a memory boost for those who had played it when it first came out.

Q: Is there a possibility of Shenmue II being released outside of the U.S.?
A: Yes, Microsoft has already picked it up for release in Europe. As for other markets, we can’t comment on that right now.

Q: Did you have any trouble converting Shenmue II to the Xbox?
A: Apart from the aforementioned difficulty with transparencies, no, not really. The Xbox was easy to work with.

Q: How long did it take to convert the game?
A: The entire project took eight months, which is quite short for a game this big.

Q: Can you tell us more about how the chapters relate to the game, like which chapters are included in Shenmue II and which will be included in the prequel and eventual sequels?
(At this point Mr. Ishikawa gets up and writes the timeline on the board, so check the attached picture for a timeline of the chapters.)

Q: Ah, Chapter 2 is not in either game – that’s the chapter on the boat, right? Was this chapter ever planned to be made for either the DC or the Xbox?
A: No, we never intended to include that chapter in either game.

Q: The European DC version of Shenmue II was the most imported game in the U.S. ever, so much so that it must have eaten into some of the sales of the Xbox version. How did you feel about that?
A: We are happy that so many people felt so strongly about the game that they wanted to import it. It was proof that the fanbase for the game is very strong and helped us in the decision to make more Shenmue games.

Q: About Shenmue III then: I see that it will start from Chapter 7. Will it take place in China as well?
A: Yes, Shenmue III will be in China as well. Those of you who have finished the second one know that the story will expand enormously, and we will try to incorporate many exciting elements of Chinese culture et cetera into the game.

Q: Interesting. Will it be entirely in China or will Ryo leave China at some point?
A: I’m afraid we can’t give that sort of information yet.

Q: When can we expect Shenmue III and further sequels to release?
A: That has not been decided yet.

Q: Okay, aren’t you afraid that if you take a long time between the games that interest in the series will dwindle down?
A: The series continues because of very strong fan requests. The fans want them, so we make them. We can’t say yet when the sequels will be released, but we will do our best to not let the fans down. So, I would like to say to the fans: please look forward to more Shenmue games on Xbox.

Q: Thank you. How do you feel about the entire series and all chapters (including those not yet released)?
A: I can’t answer that at this point, I’d need to see how Shenmue III turns out first.

Q: Years ago, before Shenmue I, there were rumours about a Virtua Fighter RPG. That turned out to be Shenmue III. How has Virtua Fighter influenced Shenmue?
A: We incorporated moves and fighting styles from VF in Shenmue, so we took some of the martial arts themes and settings and used those in the game as well.

Q:There are a lot of rumours circulating about the Xbox-based Chihiro arcade hardware. Can you tell us more about that and about eventual further Xbox plans?
A: (Takuan replies) At the moment we can only confirm Virtua Cop 3. We would rather not discuss more at this point.

Q: Sega anounced a slew of remakes of older games for PS2 and Xbox recently. Will we see any older AM2 games added to those, and who decides wich games get the make over?
A: We decide which games get remade together with our partners.

Q: Nice, what about remakes of AM2 games for Xbox then?
A: If there is enough demand by fans to release a remake of a certain game, we will try oure best to accommodate.