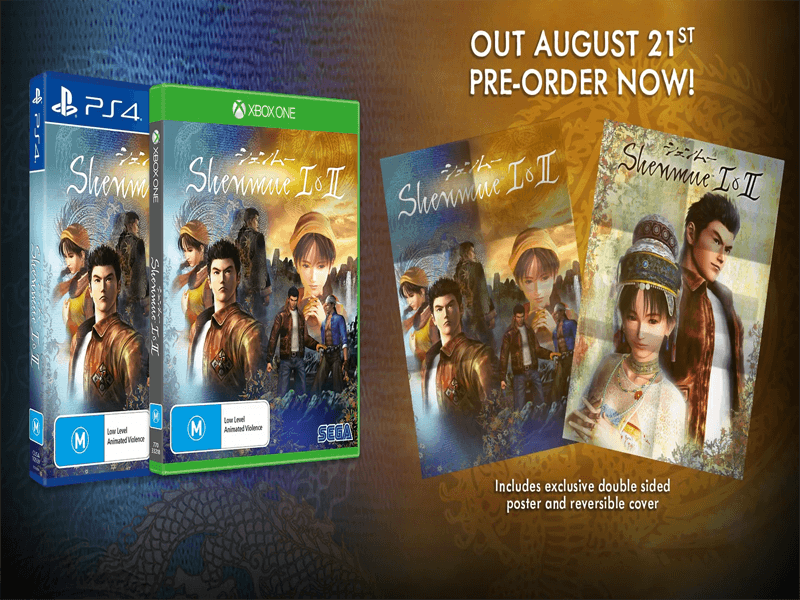 Folowing various rumors over the past 24 hours, Sega Europe confirmed on Twitter that Shenmue 1 & 2 HD will be released on PC, PS4 and Xbox One on August 21st!

The digital version is now available for pre-order from the relevant stores based on your region. 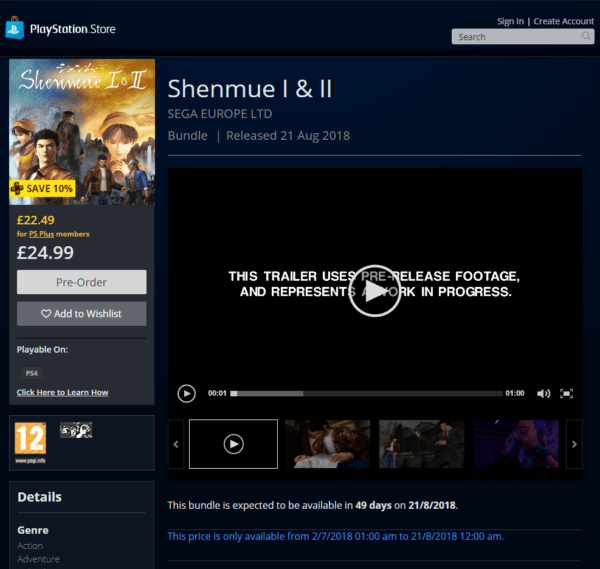 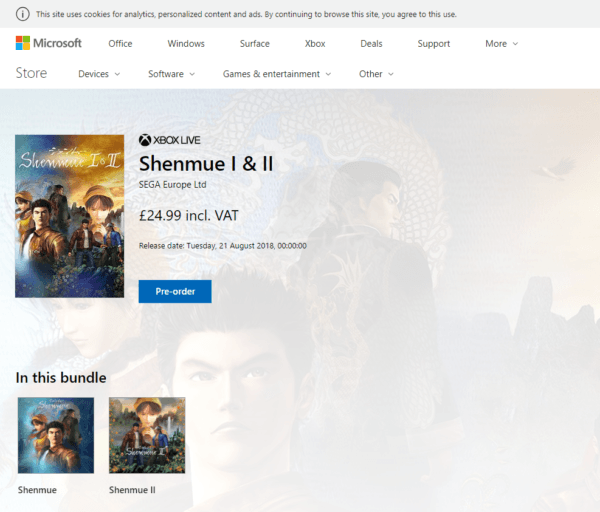 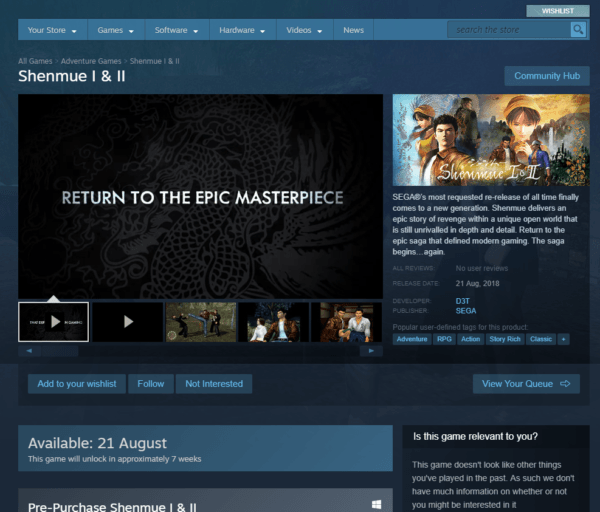 A trailer was also released today, which you can view below.

Along with the newly released information from Sega, the Shenmue official Sega page was updated with various images of fans tweeting selfie images with their Shenmue collecions, as part of Team Yu’s monthly Tweetathon on the 3rd. Also included, an updated FAQ on the upcoming releases. Here are the questions below:

Which version of Shenmue II did we port?
For technical reasons we started with the Xbox source code and data. This has the advantage of some additional features missing from the Dreamcast version:

Snapshots system
Filters
Texture mip-maps to improve anti-aliasing
As some community members will know, the Xbox does have some graphical differences to the DC version which will also be present in our version.

What features have we added?
As well as the herculean effort of porting the code to the new platforms, there is a huge number of things we have added:

Will the games run at 60Hz?
Throughout the engine, game code and scripts there are hard coded assumptions about a fixed 30Hz frame update rate, so the game needs to run at 30Hz.

Is the game 4:3 or widescreen?
Gameplay where the player can control the camera is 16:9.

Cutscenes are letterboxed in their original formats.

Can the emulated arcade games be played?
We are pleased to announce that all the arcade games in the original are fully playable in the new release!

Who do we have to thank for this incredible work?
The amazing team at d3t.