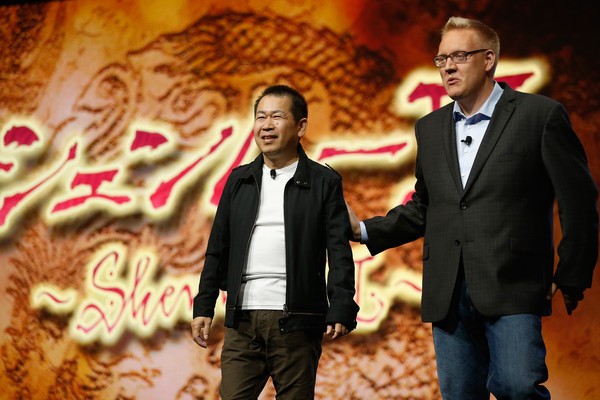 For years, the Shenmue story has gone unfinished. The first two games in the series, while greatly adored games, were unable to be financially viable due to their massive budgets. At one time, Shenmue was the most expensive video game ever made, with a  staggering budget of $47 million. Due to the collapse of Sega’s console ambitions and the death of the Dreamcast, Shenmue went unfinished. Sega even let the Shenmue trademark expire last year, dashing all hope for Shenmue 3. Or so we thought…

Yu Suzuki, the legendary game developer and mastermind behind the Shenmue series, appeared on Sony’s E3 2015 stage to roaring applause. The purpose of Suzuki’s appearance wasn’t to announce a new game that most thought would never get made. Yu Suzuki was at E3 2015 to announce Shenmue 3.

For years, fans have been hounding Suzuki about making Shenmue 3, and now it’s time for them to put their money where their mouths are. Shenmue 3 is being funded entirely through Kickstarter, with a very reachable goal of $2 million.

Check out the Kickstarter pitch video below!