Español
Home/Episode Recap- Shenmue The Animation
Back to the newsfeed 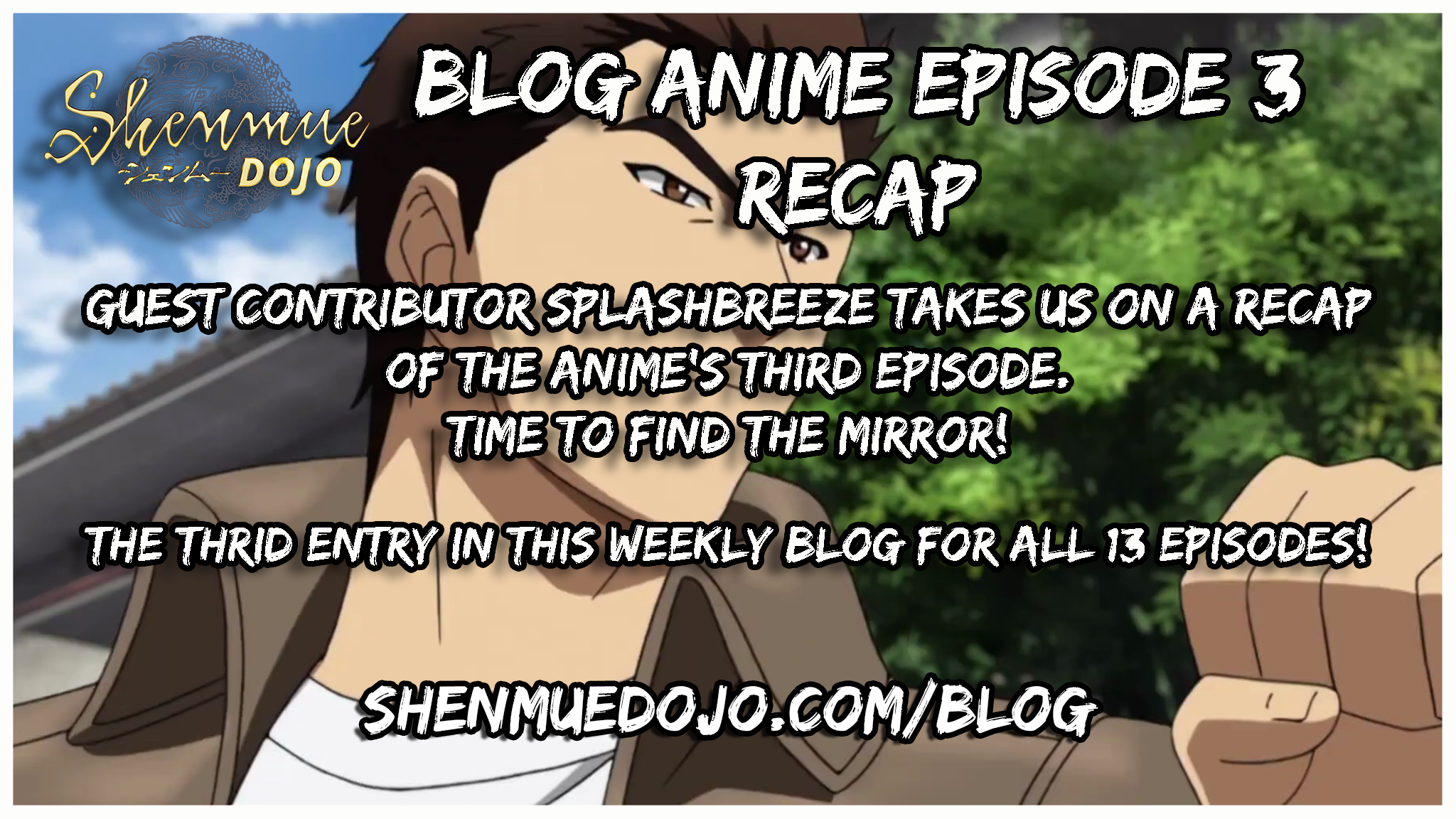 Welcome back. Our third episode this season is titled Yin-yang and dives deep into the mystery of these two mirrors seemingly so valuable they are worth killing over. Mirror, Mirror, on the Letter

We open to Bailu Village and Shenhua is going about her chore routine while the Prophecy poem remains high on her mind. She pays almost no attention to the hopeless Mingyang as he attempts to engage in conversation and woo her into visiting an upcoming festival with him. As they converse, Shenhua troubles herself over the answer to whom the young man from the east could be, and a visibly jealous Mingyang tries to dismiss such a traveler as crazy to seek out their small village. Shenhua looks off to the eastern sky, waiting for destiny to place life changing events in motion. The way Mingyang repeatedly seeks to grab Shenhua’s attention is slightly reminiscent of how Nozomi is trying the same back in Yokosuka. While Shenhua visibly expresses disinterest in Mingyang, Ryo seems somewhat more receptive to Nozomi’s overtures as they share a strong friendship. A feeling pervades scenes like these of our two protagonists being shielded from indulging in any romantic whims by a greater calling.

Back in Japan, members of the Mad Angels report to their leader Terry how Charlie was taken down by Ryo in last week’s episode. Amazed that anyone outside the Chen organization would dare mess with them, Terry seems mildly impressed with the foolish brazenness of our hero as an encounter with the harbor gang is foreshadowed. 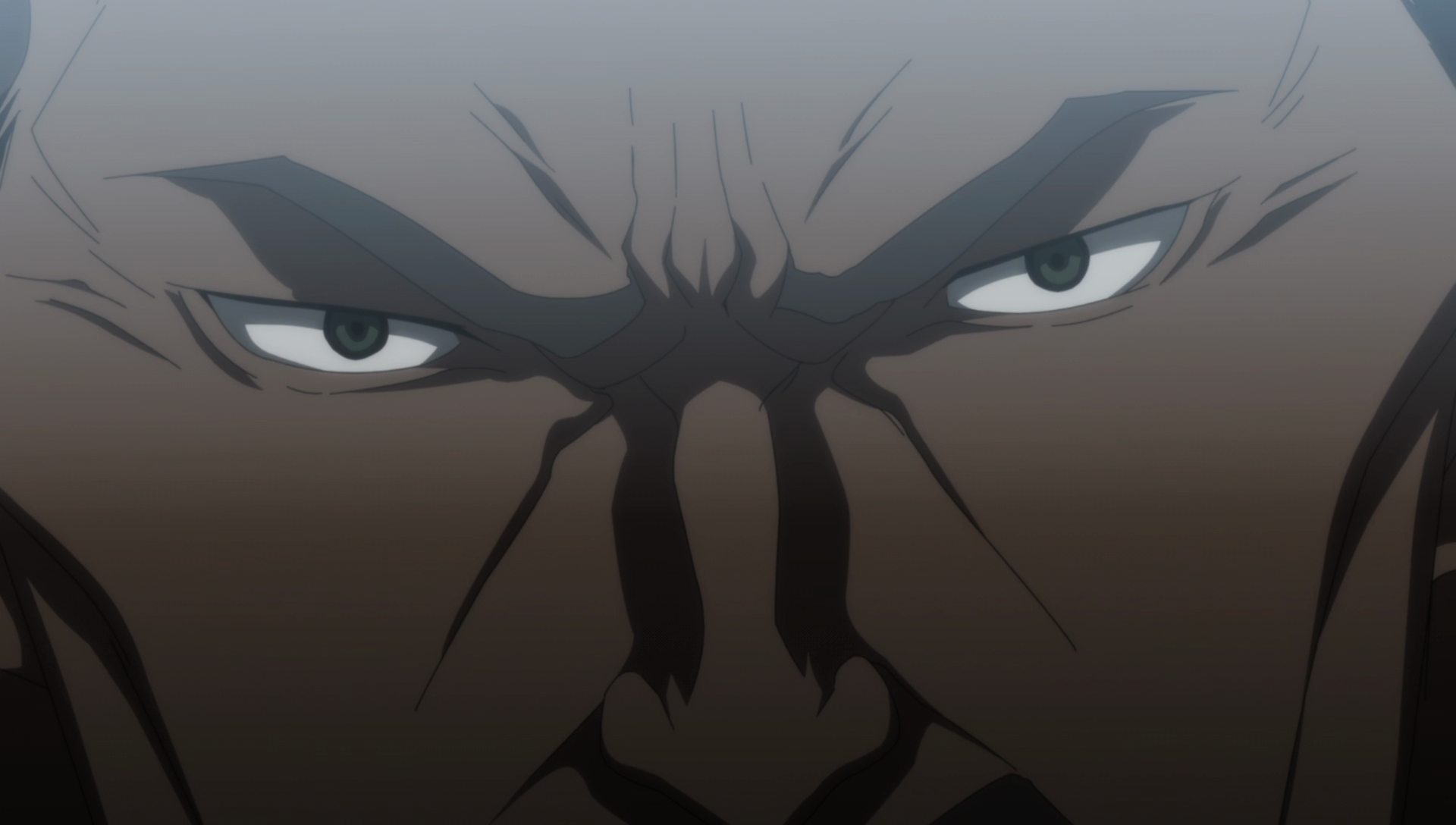 Meanwhile, Ryo is eager to get Yuanda Zhu’s letter translated and visits Russiya China Shop. Inside, Xia Xiu Yu swiftly recognizes the writing as mirror characters and translates Zhu’s warning to Iwao that forces were coming for the Dragon Mirror. Guidance to seek out a man by the name of Master Chen in dire circumstances is provided, along with a phone number and passphrase anyone who played Shenmue will know.

Ryo heads to the Dobuita Tobacco Shop and dials Master Chen, but is disconnected after drawing suspicion of the man on the other end of the call. The shop owner suggests using the number lookup service, and Ryo is directed to Yokosuka harbor to find the warehouse.

Our first bus trip to the harbor is under way and at the entrance, everyone’s favorite Aniki, Goro Mihashi and his friends are engaged in the out-of-style act of mugging a port worker. Just as in the game, Ryo admonishes Goro for his behavior, which the would-be punk doesn’t appreciate and attacks with the low amount of vigor he can muster. The scene takes a funny turn as the bested Goro jumps at the chance to help Ryo and points him to Warehouse Number 8’s location while adding a tip to wait until evening to avoid security. This is the start of a beautiful friendship. 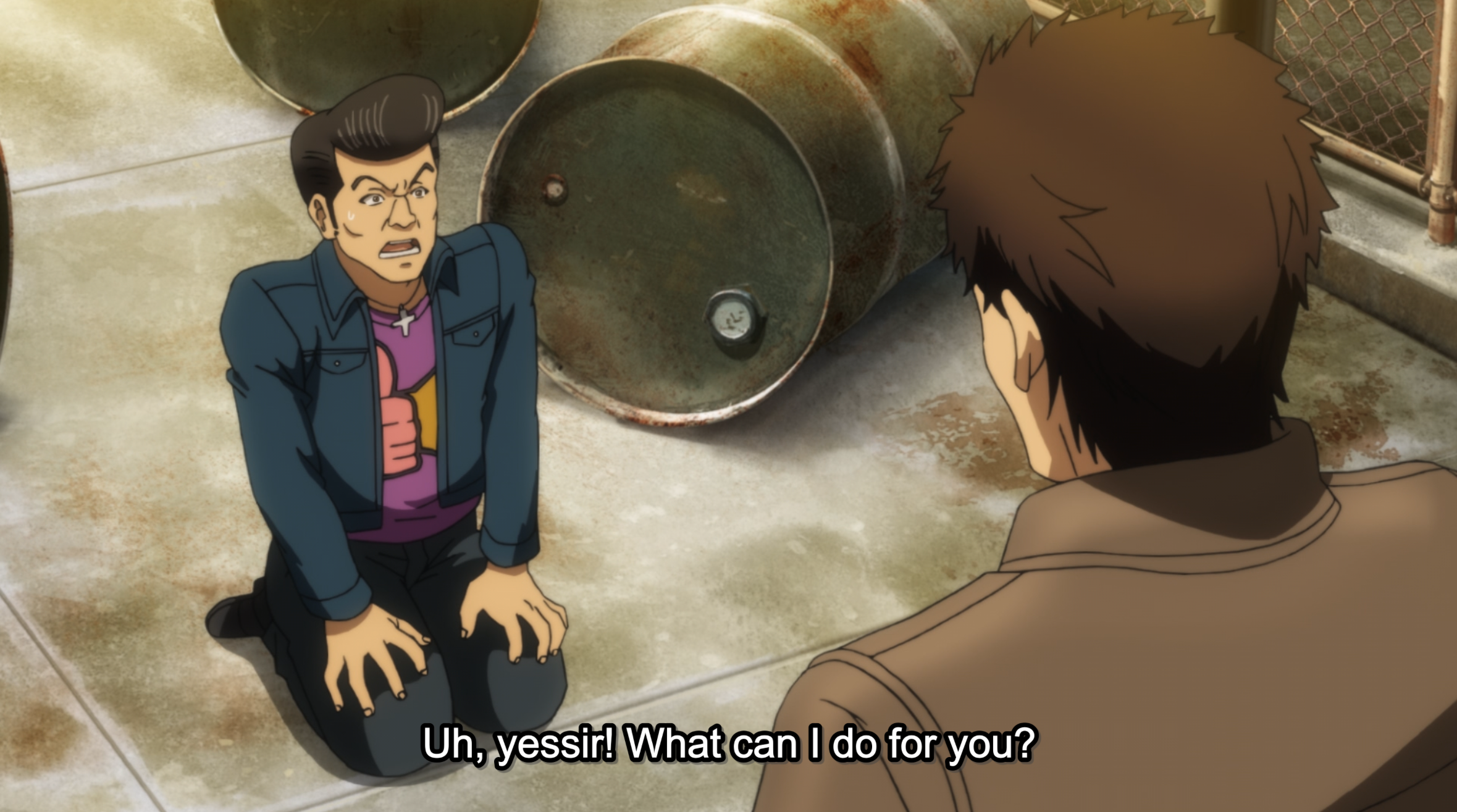 Ryo manages to avoid security, but finds himself captured and taken to Warehouse 8 tied up by Master Chen’s men. This will be the first of multiple actions that characterize the Chen family in a darker light than is overtly stated in the games, where it is never confirmed their business engages in underworld activity. After explaining his circumstances to Master Chen, Ryo learns that Lan Di holds a leadership role in a vast criminal outfit known as the Chi You Men. This organization continues to grow and aims to hold power throughout all of China.

Meanwhile Lan Di interrogates a man for information. This frightened individual gives up the name Yuanda Zhu as the man that facilitated the smuggling the mirrors to Japan alongside Iwao Hazuki. With this knowledge, Lan Di decides leave Japan and pursue Zhu, setting the background events of Shenmue 2 into motion. Master Chen reveals to Ryo that a second mirror does exist depicting the Phoenix, an ancient Chinese mythological creature said to command life itself and he leaves the warehouse with a mission to find this mirror. 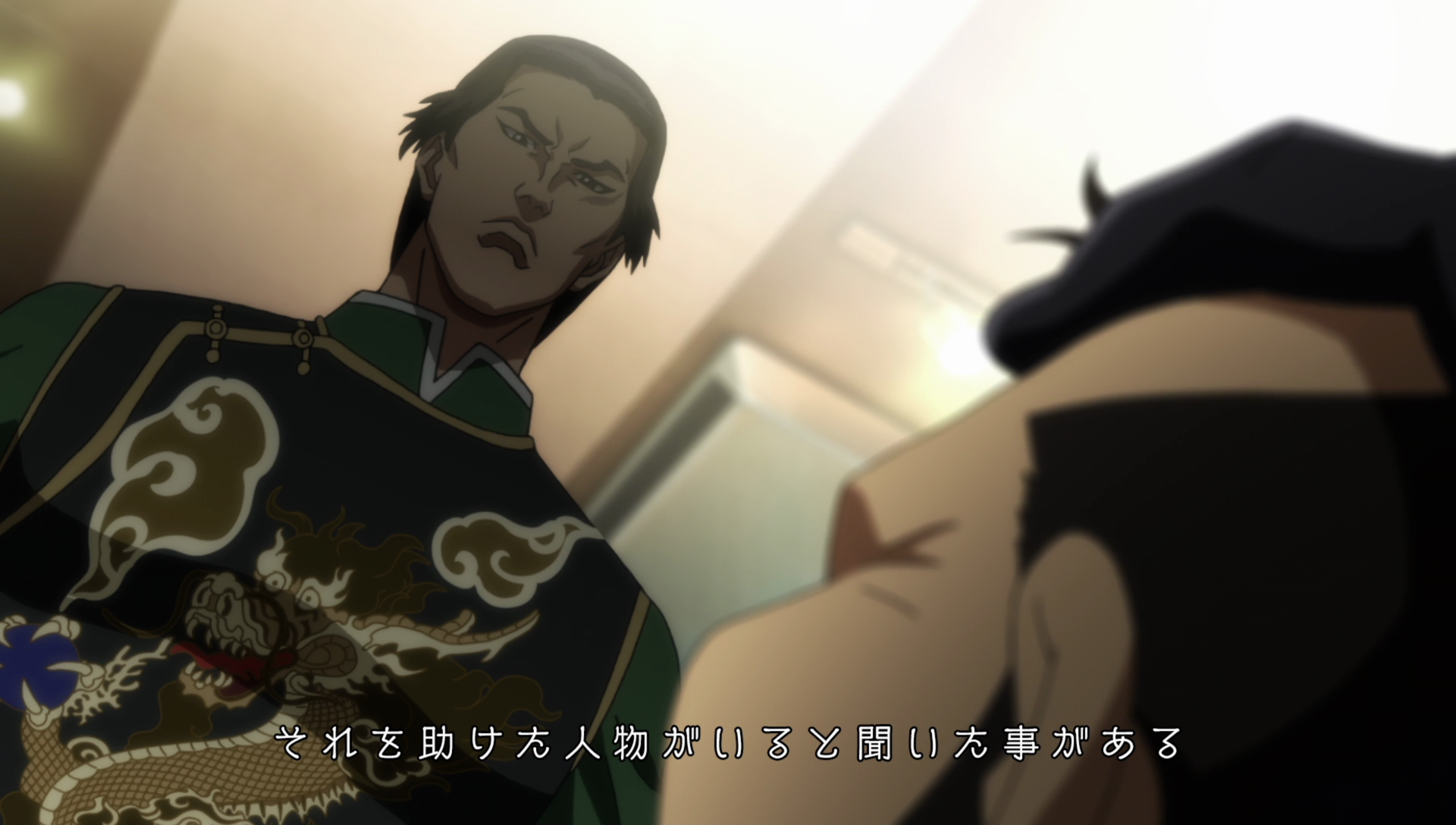 Gravity of the Situation

After searching high and low in the house for the mirror, Ryo is empty handed and smarting from a careless fall. Ine-san points him to an antique store to pick up an item left by Iwao that Ryo hopes is the mirror. Instead he recieves a sword guard shaped as the Hazuki family crest meant as an eighteenth birthday gift and warning to steer clear of the Chens. Ryo has a brief conversation with Nozomi and Mai that triggers a realization the mirror could be hidden in a secret room, after they quip they’d like to keep their own beauty mirrors cloistered away in one. Nozomi sets up a conversation about their future for a later episode before heading back to work at the flower shop. 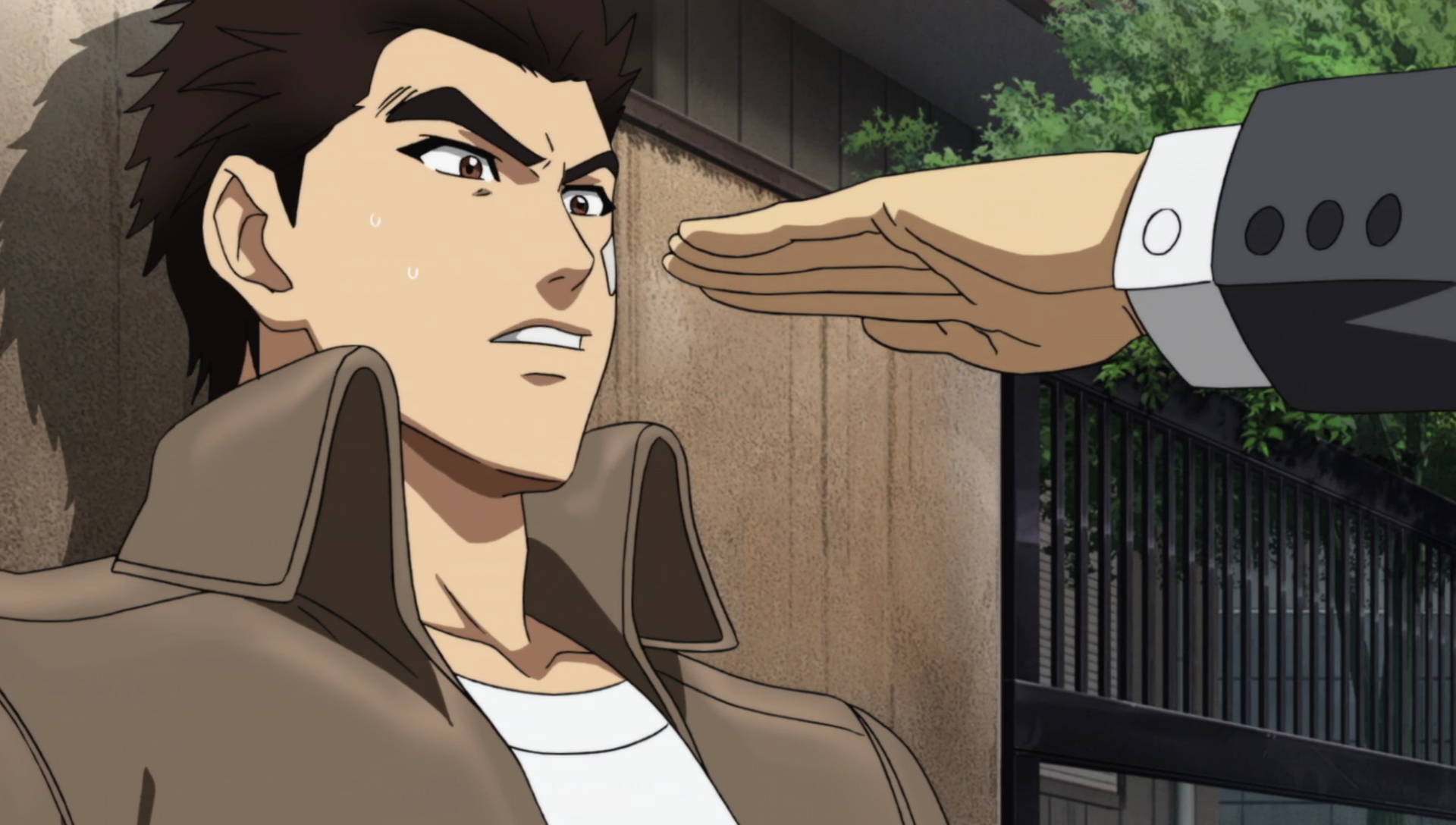 On the way home, Guizhang, the son of Master Chen attacks Ryo in a test of his martial proficiency and bests him. Guizhang is trailing in the shadows to ensure no harm comes to Ryo, despite his own wish to stay out of any business that might see his father come into conflict with the Chi You Men. Guizhang’s relationship with his father is strained. He is held at arms length by Master Chen in service of keeping the propriety of a boss and subordinate dynamic alive in their illicit operation. The desire to bridge the gap between himself and his father will play a role in pushing Ryo’s journey forward as Guizhang witnesses the lengths he will go through to understand Iwao.

Fuku-san and Ryo are cleaning the dojo after a sparring session when they discuss the strange mechanism hidden in the wall. A light goes off in Ryo’s head and he retrieves the family sword along with the crest guard. A simple click into the wall and Iwao’s secret underground storage room is revealed. At the center is the vaunted Phoenix Mirror, which also shines its light on a photo of Iwao happily standing in front of a tree with another man. On the back, it says “At Bailu Village”. Ryo returns to Master Chen with the mirror and learns the myth of Chi You. A demon said to resurrect when the Dragon and Phoenix meet, and the name sake of the Chi You Men organization. It becomes clear that Lan Di needs both mirrors to achieve some as yet unknown goal that will grant him significant power in the Chinese underworld, and possibly has some mystical consequence as well. Ryo is desperate to know more of Lan Di’s plans when Chai swoops in from the shadows having seen his opportunity to strike.

Chai grabs the mirror and engages Guizhang in combat that sees him thwacked by the younger Chen. Mirror still in hand, he makes for his escape. Thinking in quick time, Master Chen and Guizhang direct Ryo to engage the lift system Chai is jumping across above them to escape to throw off his balance. He drops the mirror Ryo manages to retrieve it before the thwarted Chai stalks away in anger again. 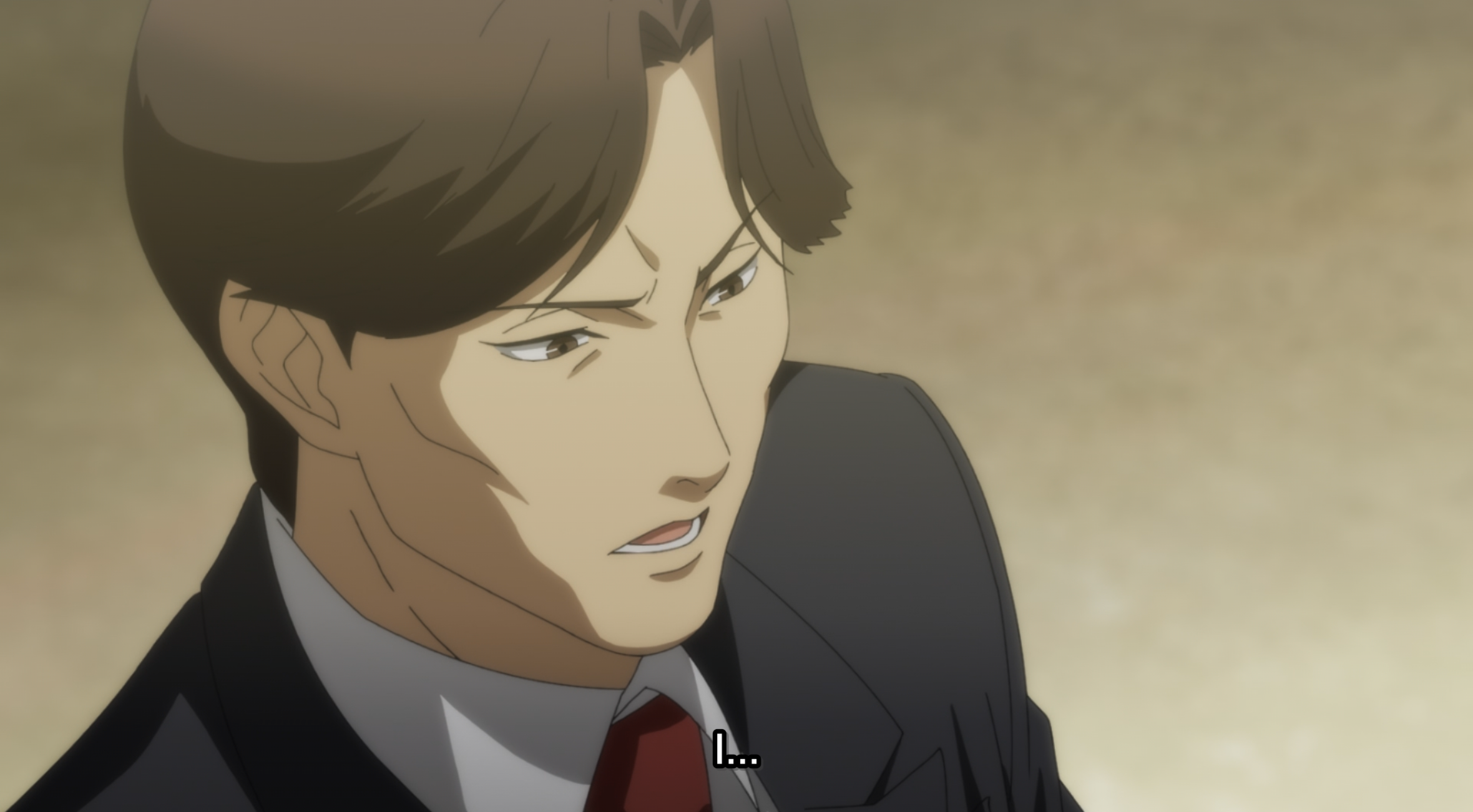 The Chens know Chai to be working for the Chi You Men and alongside the Mad Angels gang in their efforts to dominate Yokosuka. Master Chen rebuffs Ryo’s requests for help getting to Hong Kong, where they believe Lan Di has traveled to. The elder Chen sees refuses to pull another promising young man into conflict with criminal gangs, seeing it as certain death for him. Guizhang is rattled by Ryo’s words of fearlessness in the face of doom, stating he wouldn’t be his father’s son if he did run away from the danger. Something is stirring in Guizhang as he seeks the courage to be true with his own father, while Ryo now has to find alternate means to leave the country.

Lan Di boards his ship for Hong Kong, out of Ryo’s reach for now. 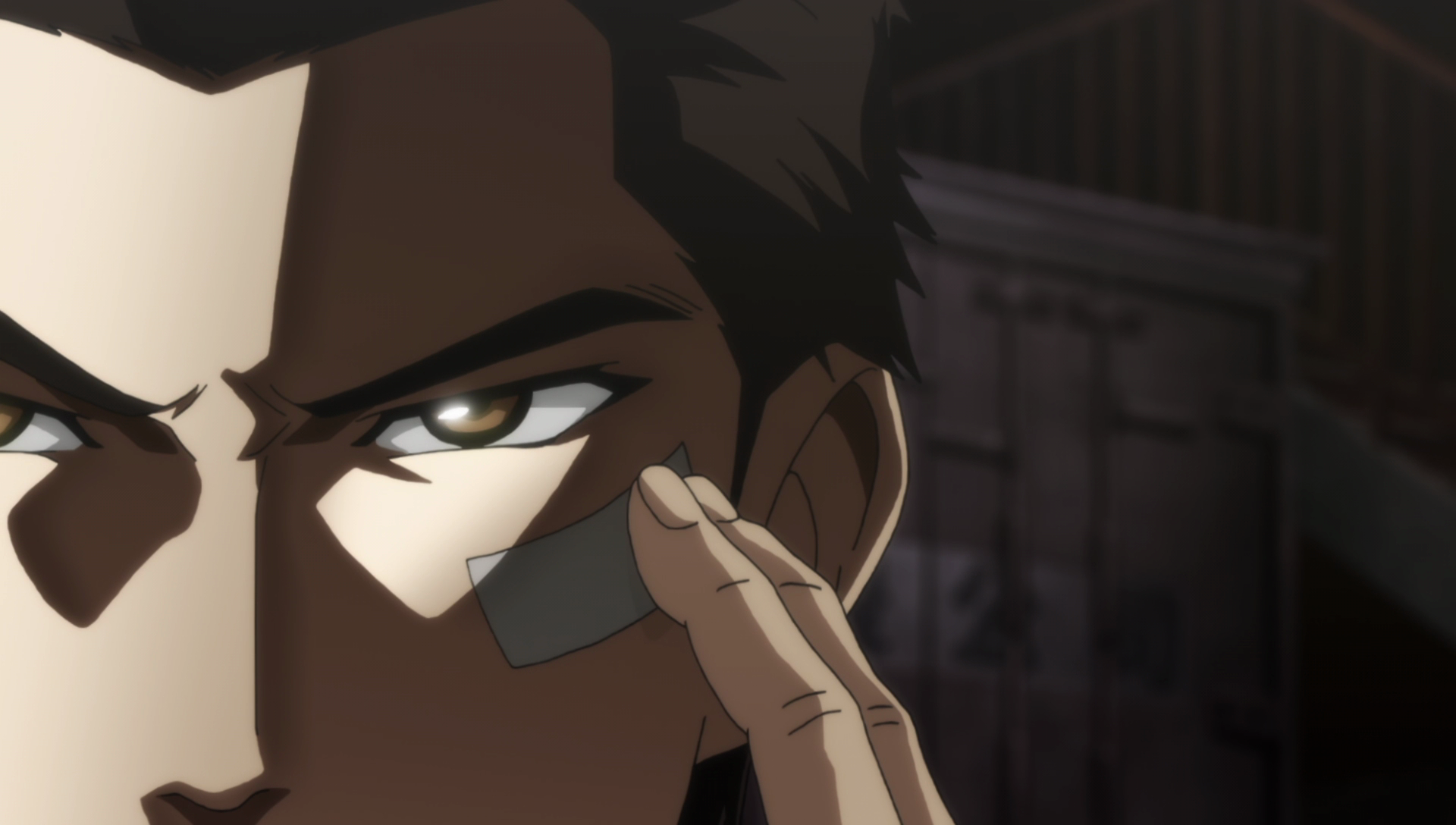 Spoilers for the game series included in this section.

Bailu: Started out with Shenhua again this week and this could be the case every week until she meets Ryo. Her scene with Mingyang is not in the games.

Fleshing out the Chens: Multiple scenes this week gave us a much better idea of how the Chens run their illicit smuggling trade. The familial dynamics between Guizhang and his father demonstrated in this episode will help us understand his motivations for helping Ryo get to Hong Kong later on.

Ryo’s Self Doubt: After sparring with Fuku-san, Ryo once again reflects on his shortcomings as a martial artist. He was just bested again, this time by Guizhang, and is starting to see how low in the hierarchy he fits. This is starkly different from game Ryo who never seems to doubt his abilities. Both versions are equally committed to their cause but anime Ryo’s actions are almost braver as he seems to recognize how much stronger he needs to become to match these dark forces.

Nozomi’s Hints: The scene with Nozomi in front of Aida Flowers sees her gently nudge Ryo’s quest forward again, this time by triggering a realization that Ryo needs to find the mirror in a secret location. I love how useful to the main plot she continues to be in the anime.

Lan Di’s extra scene: The interrogation in Mandarin to determine that Yuanda Zhu is a person of interest for finding the second mirror is entirely new to the anime and a great bonus for learning how he got on Zhu’s trail. We also see Lan Di’s trip out to the ship for Hong Kong earlier in the story. This is one endgame scenes in Shenmue 1.

QTEs Animated: They continue to lovingly depict QTE sequences from the game in animated form. This week, the fight with Goro, catching the flashlight to sneak past the guard post, and stopping Chai’s escape from the warehouse were translated onto the screen. These moments are incredibly nostalgic and give this writer the urge to boot up Shenmue immediately after watching.

A great amount of plot was covered this week. Especially important to me was the explanation of the Chi You’s resurrection when the Dragon and Phoenix meet. This was Shenmue’s first big nod to there being mystical elements in the series and I’m very happy that it was included in the show.

Now having learned the Chens are an underground organization, I wonder if Joy will be more explicitly involved in criminal activity when we get to Hong Kong. She’s familiar with multiple seedy individuals around the city so maybe there’s more to learn about her just as was the case for for her cousin Guizhang and Master Chen.

It seems that we’re going to wrap the Yokosuka plot line in 2 or 3 more episodes as Ryo sets his sights on Hong Kong. I hope they still have time to work in a few elements of the first game, such as the Megumi and the kitten, and more scenes with Tom. Nozomi only appeared in one scene this week so I look forward to more from her and Goro next time.

Next week’s episode is Shackles. See you then for another recap. 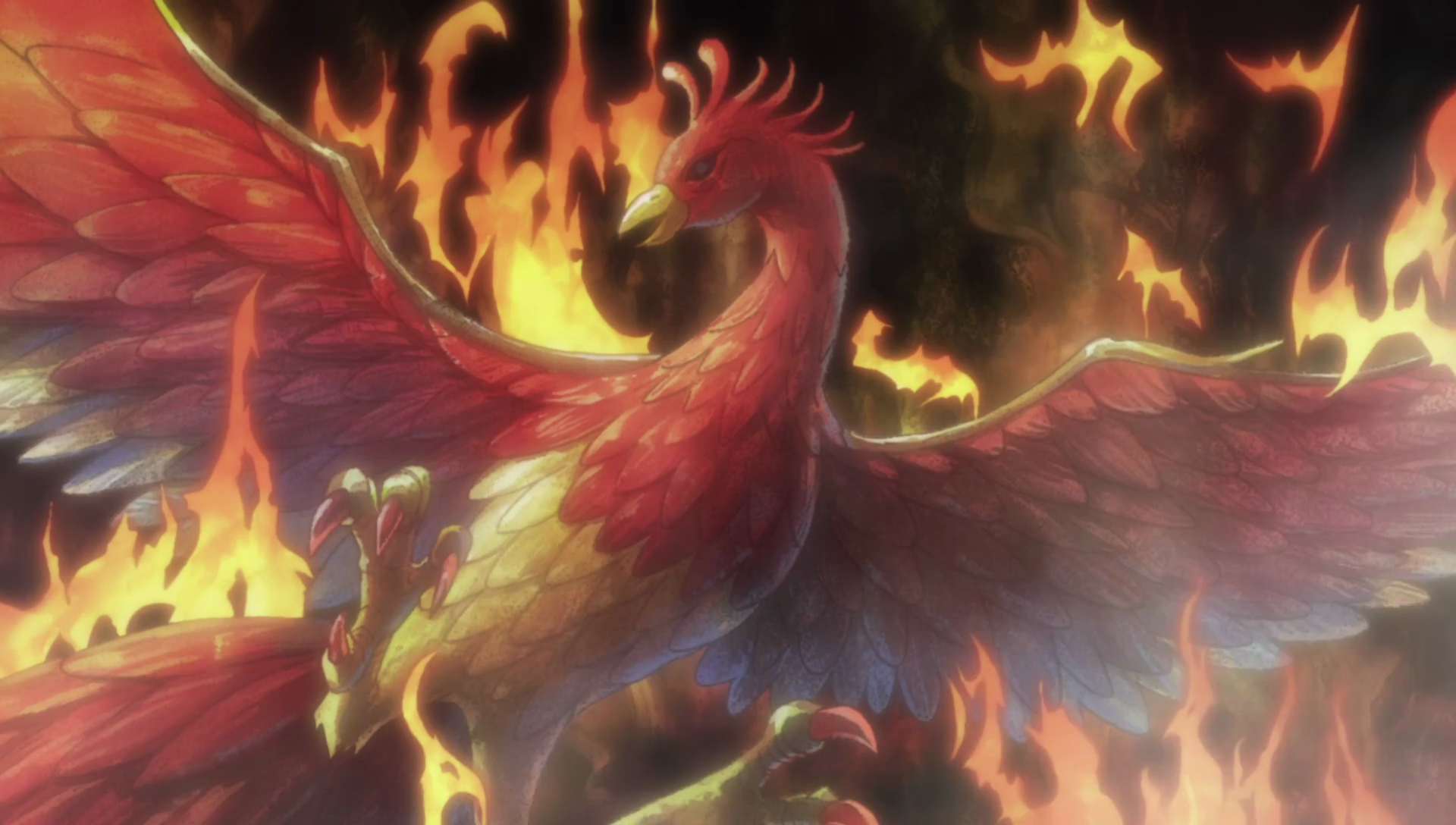