Español
Home/Short Anime Interview with Yu Suzuki!
Back to the newsfeed 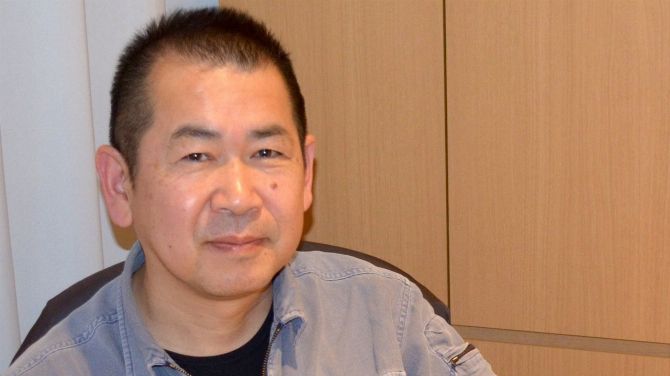 We are pleased to announce that we have a short interview for all of you that we would like to share.

Conducted by the Dojo Yu Suzuki gives an insight into the anime and what be next! Thank you to Joel at YSNET for organising this for us.

SD: When were you first approached about the idea of making a Shenmue anime and what were your initial thoughts and feelings about it?

YS: When was that? I don’t remember. Maybe two years ago? I don’t know the exact date.

SD: Exactly how involved with the anime project were you? Were you hands-on throughout development or did you only check in with the team at certain points during production?

YS: The Shenmue storyline comes largely from the novelization of 11 chapters, so of course I was involved with that. The overall storyline and the structure of the 13 episodes, in which part Ryo goes to Hong Kong, who will appear, where he will meet Ren, and what’s happening with Shenhua. I joined in from the early stages for the overall storyline. After we started making the anime, several people were involved with drawing the characters. For example, even though Ryo is one character, several animators were involved having different drawing styles so I would give them instructions to achieve a consistent style. And each character has their own look and behavior, so I would give directions for adjustments to match accordingly if needed.

SD: The anime moved at quite a brisk pace. Was there anything that you wanted to include in the show but couldn’t?

YS: Both Shenmue 1 and 2 have a lot of content. In the end we put both games into a single 13 episode season which gives much better pacing. But actually, I had wanted to put Shenmue 1 in one season and Shenmue 2 in another, making 26 episodes in total. With the amount of content, I think making it longer would also have been fine.

SD: How different has it been telling the Shenmue story through anime rather than video games?

YS: With games, depending on the player, some people play for 30 hours while others play for 100 hours. The biggest difference with animation is that the viewing time is fixed, so it’s easier to express yourself in this way and tell the story in a way that is exactly as planned. I think that animation is the best way to convey the world of Shenmue to non-players in a way that is easy to understand.

SD: So, the anime gave you better control over the pacing?

YS: Yes, in the case of games, you have to build a story around events that have a great impact.

SD: The show has been very well-received in both Japan and the west. How will this impact the future of not only the anime, but Shenmue as a franchise?

YS: I’m not sure what kind of impact it will have, but the fact that Shenmue is being talked about again is very good for the IP. I hope that it will lead to some good opportunities from various places. I also hope that this will be an opportunity for more people to become interested in Shenmue, which will in turn lead to interest in the games, and, if possible, to the proposal of making Shenmue 4 together.