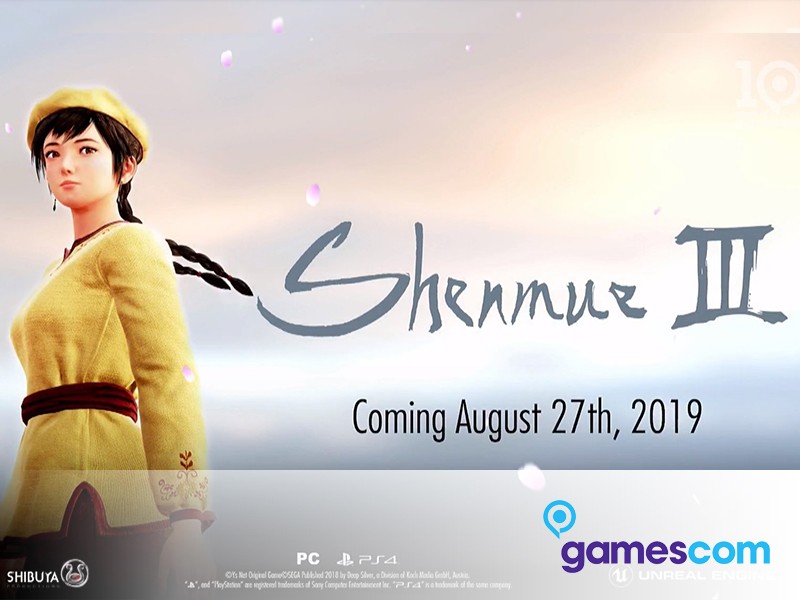 Yu Suzuki has revealed the release date of the highly anticipated sequel in the Shenmue series today, during event at GamesCom 2018, Tuesday the 21st, at 11:00~13:00 CEST. Shenmue III is set to be released on August 27th, 2019.

The announcement came during a live stream from the even on Tuesday, coinciding with the release of the much anticipated re-release of Shenmue I & II.

A new gameplay trailer was also revealed during the event on Tuesday.

Shenmue III is the sequel to Shenmue II originally released for the Dreamcast in 2001, and later on Xbox in 2002 and 2003. Shenmue III record breaking Kickstarter project ended it’s campaign with in the excess of $6.000.000 dollars.