Home/Shenmue 3 Kickstarter Update #94
Back to the newsfeed 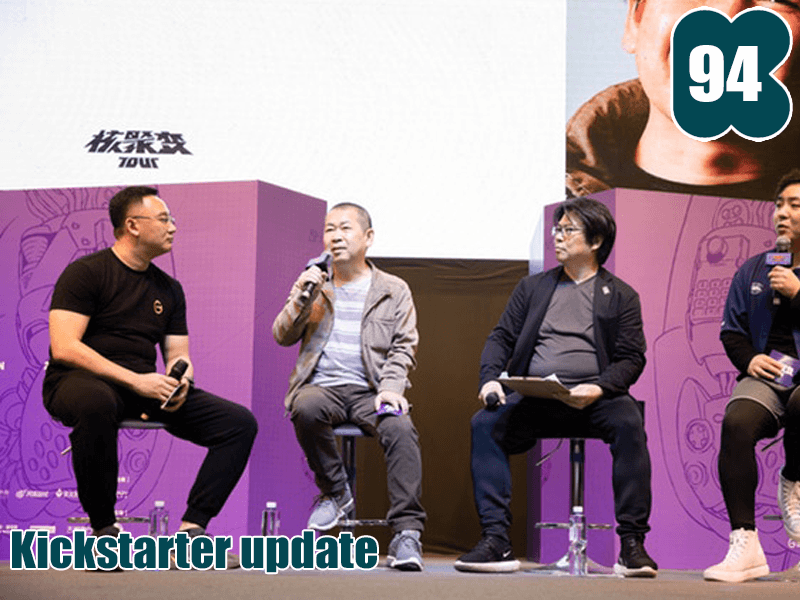 The team here is digging deep in this last stretch to the August 27th release, and picking our heads up, there are only a few days left before the end of the year! But we do have a few announcements to get in before the New Year, so let’s get to it!

Further details on distribution in China are forthcoming.

Participating in a talk session for G-Fusion were Yu Suzuki and Animation Producer Hiroaki Takeuchi. It was a fantastic event with the enthusiasm of the Chinese fans palpable in the air.

Hiroaki Takeuchi is an animation producer who has contributed to a library of works bridging Japan to the world including The Animatrix, TEKKON KINKREET: Black & White and Berserk. He acted as the CG Animation Producer for the Shenmue series. A list of his works can be found on his homepage at TaKe-Y Inc.

The hall was buzzing with excitement from the fans.

The talk session was a big hit!

The autograph line was huge!

At one with the pen…

*Please note that the above relates to game development and reward manufacturing survey responses. Shipping address information may be changed at any time through your survey up until shipping begins.

2019 is the year of destiny for Shenmue III. Everyone has waited so long, and at last, this will be the year Shenmue III delivers!

There will be plenty of events with lots to unveil this coming year, and we hope everyone will hang in there with us just a little longer until August 27th.

Thank you all again! Have a wonderful holidays and New Year!

Your PS4 region will be decided with your “Country” selection. Please note, if the disc region differs from PS4 system region, the unit itself, PlayStation™Network online services or DLC may not function properly.

*Game is currently in development so system requirements may change without notice. We thank you for your understanding.

Fangamer and Third Party Use of Personal Information

YS NET has a written contract with Fangamer to carry out the backer surveys. Fangamer is a formal representative of YS NET to help process and fulfill all backer’s orders through the surveys. Personal information is handed over and treated in accordance with the privacy policies of both companies for the purposes of conducting the surveys and reward delivery only. We thank you for your understanding and cooperation.