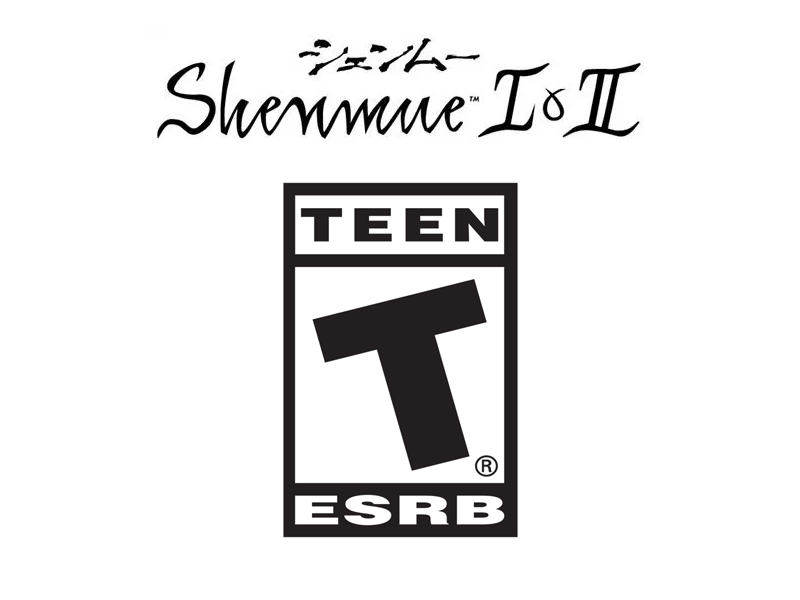 Shenmue I & II has now received a rating by the ESRB (Entertainment Software Rating Board), a sign of progress for the preparation for its release, the date of which is pending announcement. Console manufacturers require games that are published on their systems in the U.S. and Canada to be rated by ESRB, hence it is a key step prior to release.

The rating that has been given is “Teen”, which corresponds to ages 13 and up.

Details from the rating are:

Rating Summary: This is an action-adventure game in which players assume the role of a teenage jujitsu artist (Ryo Hazuki) seeking to avenge his father’s death. As players travel around the city of Yokosuka, they can engage in missions, search for clues, and battle street thugs in hand-to-hand combat. Characters punch, kick, and throw each other during battles. Fights are highlighted by impact sounds and cries of pain. A handful of environments contain pinup posters or magazines depicting female figures in bikinis; one character is shown wearing a low-cut top that reveals large amounts of cleavage. Players are able to wager in-game currency on slot machines, as well as dice and roulette-style games. Characters are occasionally seen smoking cigarettes, and one scene depicts two men drinking from beer bottles and slurring their speech. The word “a*shole” appears in the dialogue.
Related items
No comments found.