Español
Home/Episode Recap – Shenmue The Animation S01E05: Equal
Back to the newsfeed 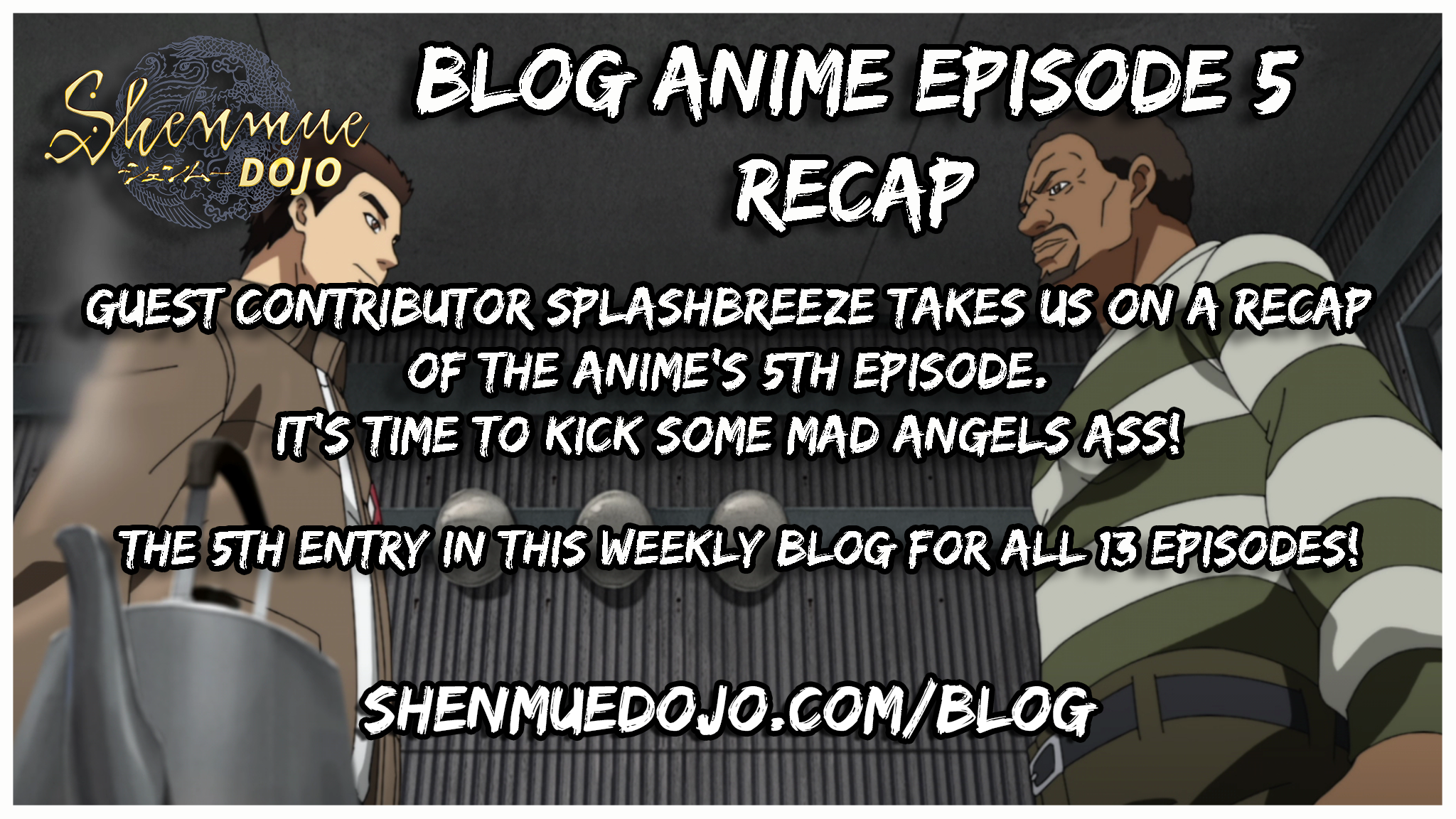 This week we saw our heroes fight their way to the epic conclusion of 1999’s Shenmue. Here’s the recap of episode 5: Equal. 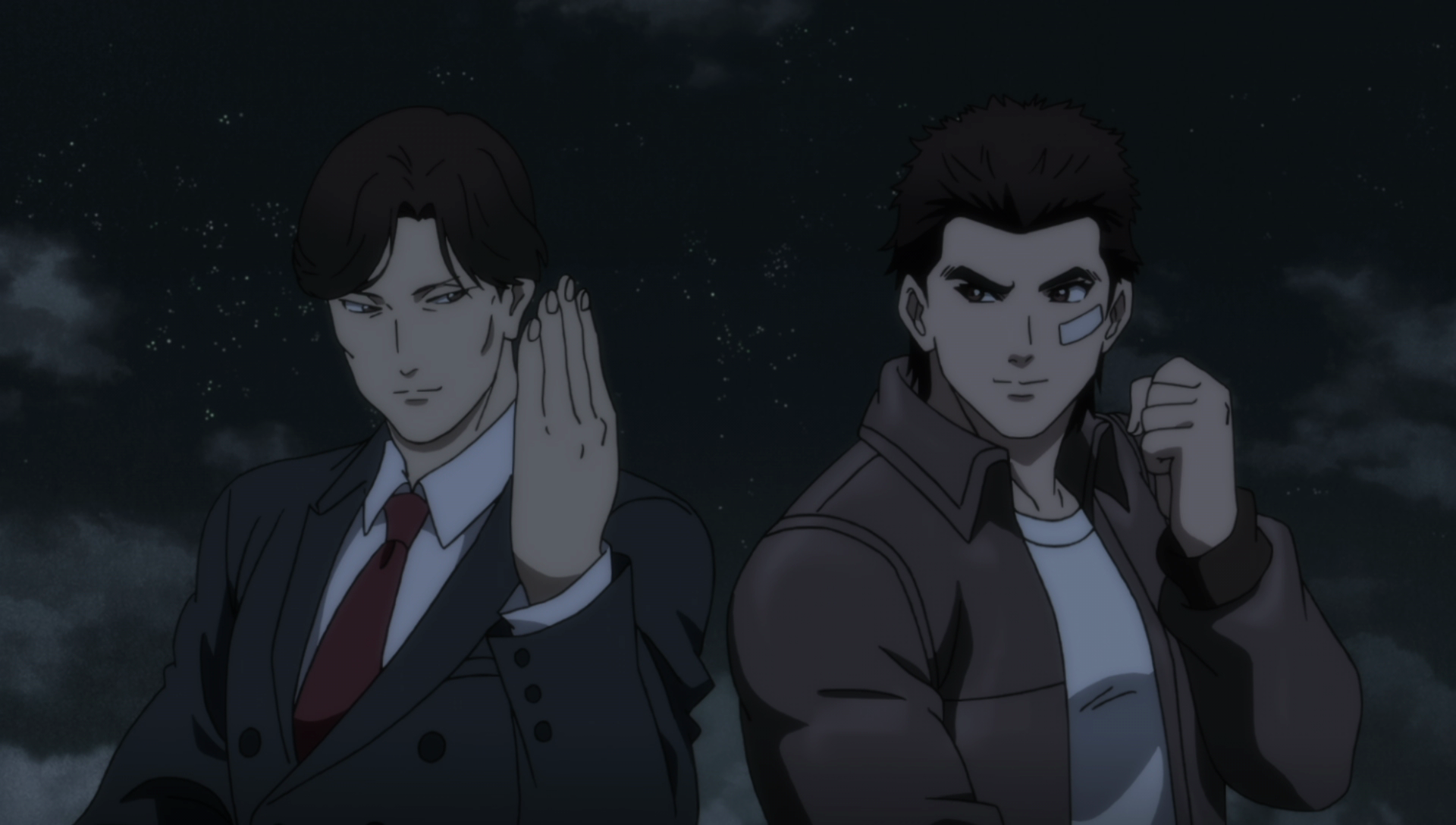 We open with a rewind back in time from last week’s final shot that left Ryo and Guizhang knocked out after engaging each other in combat. The fight between these two is raging while Terry and his goons watch at a distance. Meanwhile, Goro arrives at his favorite place to pollute the ocean and notices a meetup signal for Warehouse 17 is etched in the ground. He knows this warehouse belongs to the Mad Angels and goes to investigate, realizing something must be wrong. 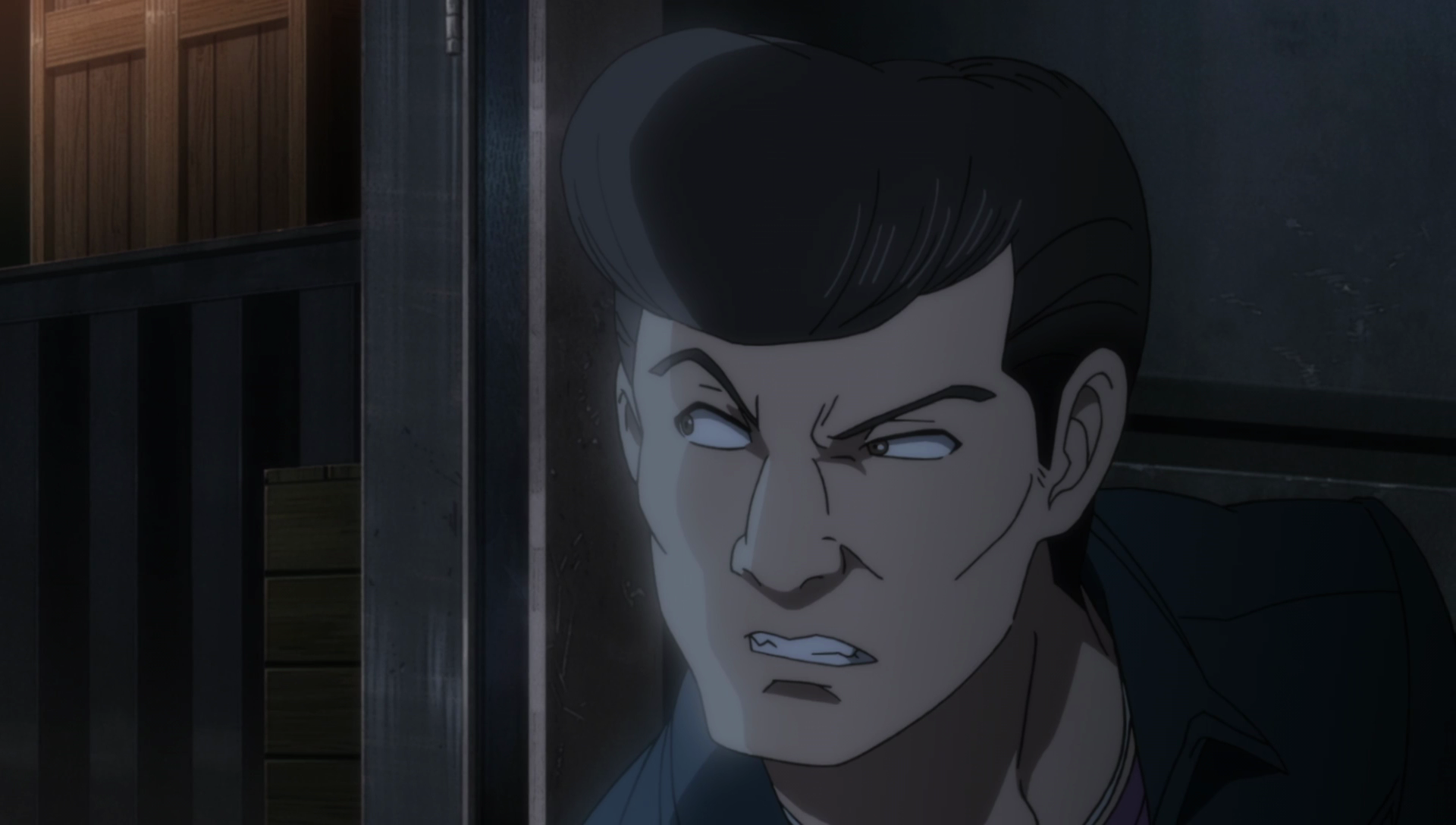 Sneaking up, he sees Nozomi held hostage with two gang members guarding her. He also overhears the peril Ryo has found himself in and hightails it for the cafeteria for help from Mai, who after slapping some sense back into him comes up with a plan to weaponize a forklift against the thugs. Neither of them have any experience with heavy machinery, which as we saw last week with Ryo’s job training can lead to problems. Mark Kimberly arrives on the scene to stop the forklift theft and recognizes them as friends of Ryo. He hears them out, learns of the situation, and decides to help them rescue Nozomi. Meanwhile, the fight between Ryo and Guizhang reaches the conclusion we saw last week, with each going down via dual Swallow Dives.

In the coolest scene Mark’s character has received, he busts down the doors to Warehouse 17 and traps the two Mad Angels goons against a pile of crates with the forks of his machine, leaving them only a millimeter away from serious injury and terrified for their lives. Mark is a Safety First pro. Goro and Mai release Nozomi from her binds and the group of four escape the warehouse. On the way out of the harbor they despair to see the lifeless bodies of Ryo and Guizhang across the water. 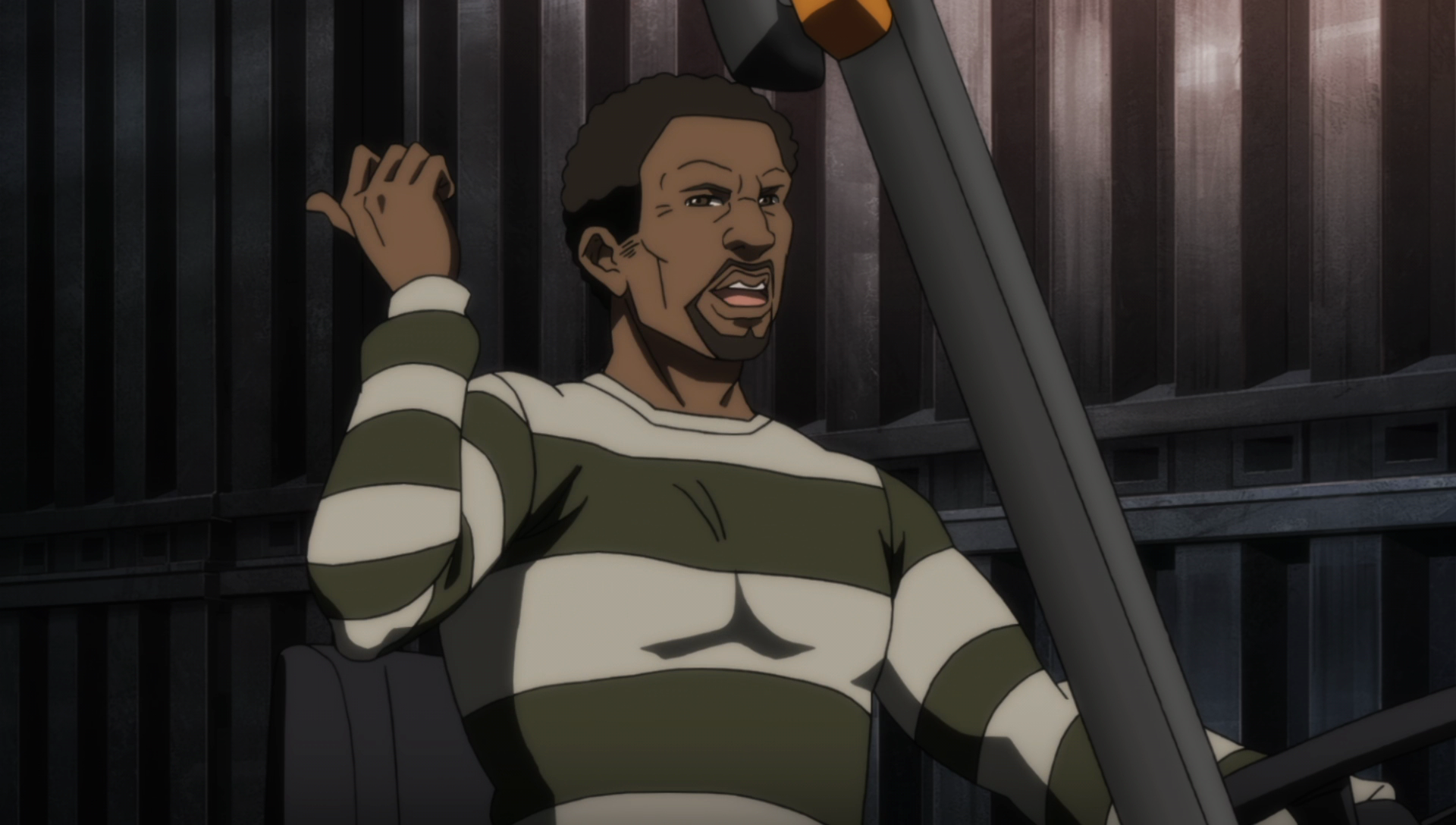 The Mad Angels prepare to take the two men out but are shocked to see Ryo and Guizhang jump right back into action. Their dual Swallow Dive attacks had been a ruse of narrow misses to fool Terry into thinking they were down for the count, after Ryo quietly revealed to Guizhang the nature of the set up as they dueled. A miffed Terry has had enough of the games and calls in the entirety of his gang to attack the pair, as Ryo shouts across the water for Mark to drive Nozomi, Mai, and Goro to safety. 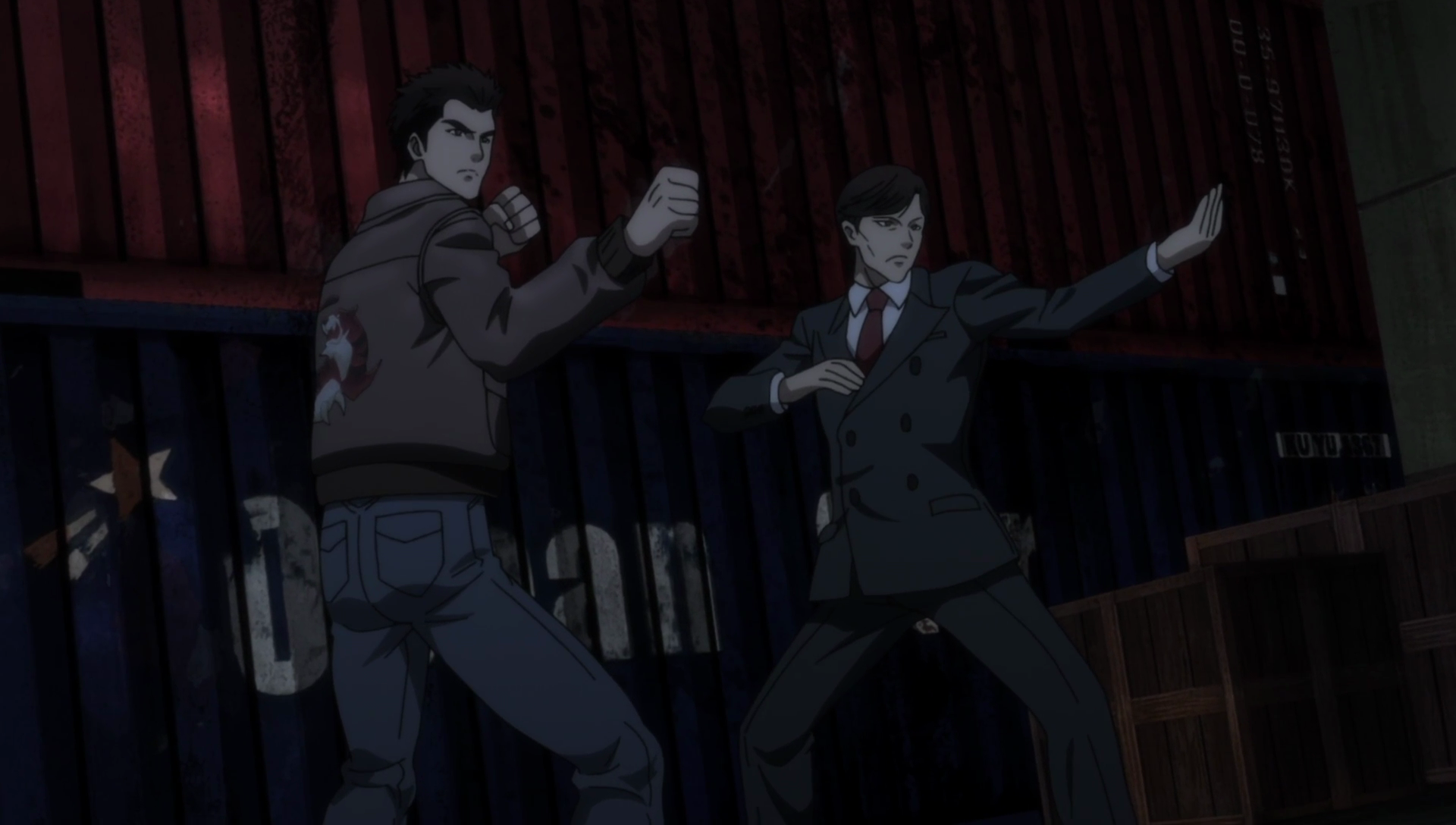 The battle against 70 gang members gets underway. Guizhang and Ryo utilize teamwork and synchronize their movements to gain a foothold in the battle that sees them vastly outnumbered. Wave after wave of thugs fall to their attacks as they run through the harbor to engage every member of the Mad Angels. Eventually, Terry stands alone while looking over a sea of his men, defeated and embarrassed at the hands of these two martial artists. With Nozomi now safe, Ryo leaves Terry to Guizhang, and the Chen family settles their score. Despite playing dirty, Terry is no match and soon joins the rest of his gang on the ground. 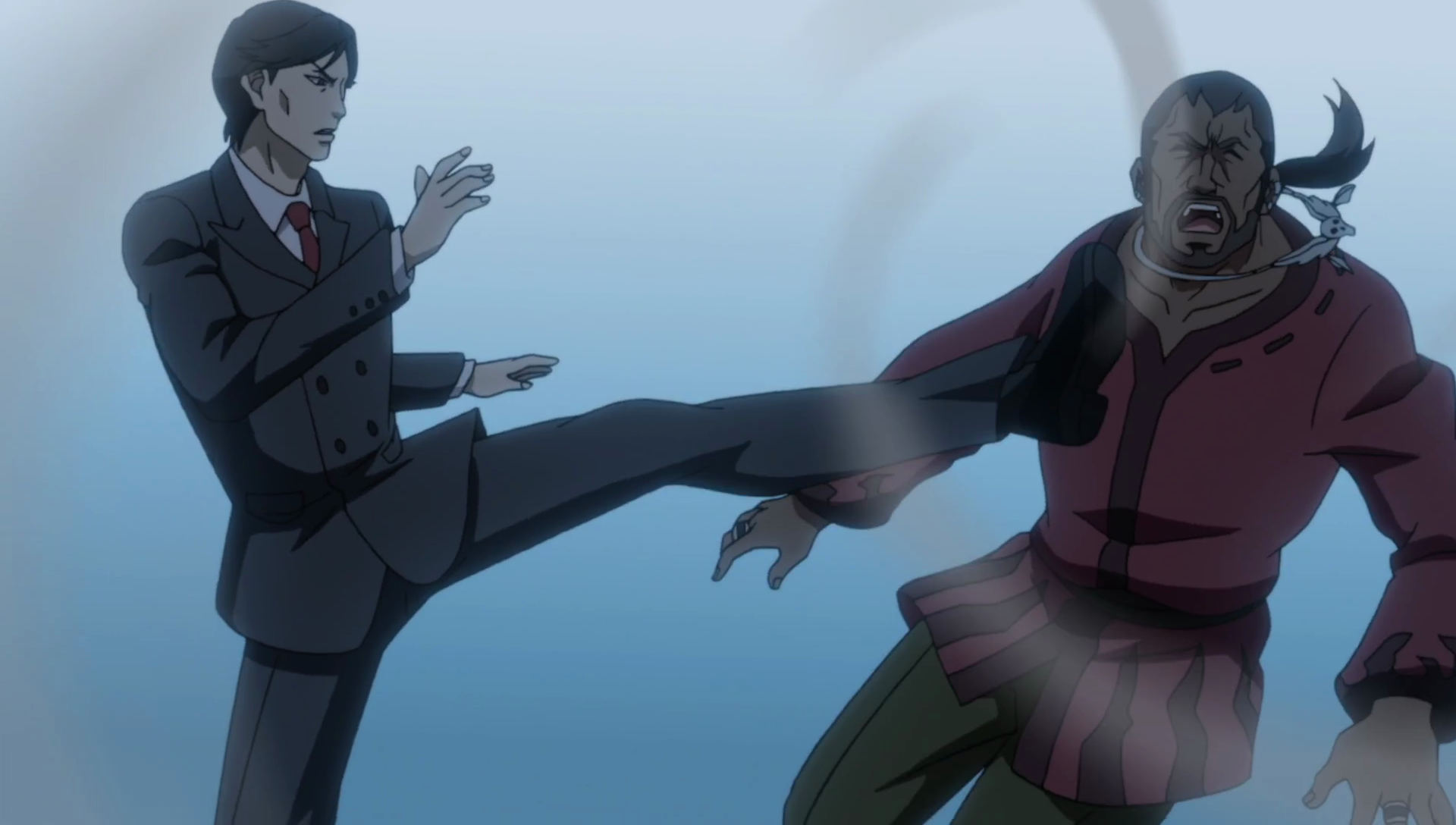 With a final warning, Terry lets Ryo know that the Mad Angels were nothing compared to the Chi You Men and other forces awaiting him across the sea. He advises Ryo not to see the evening’s events as some great victory. There are a number of dark forces waiting that will have to be overcome before the truth about his father can be revealed.

In the aftermath, Guizhang asks Ryo if he plans to continue pursuing this path and he confirms he must go to Hong Kong. Guizhang says he will speak to his father to get travel arrangements made. Nozomi overhears their conversation, having convinced the others to go back for Ryo and realizes in this moment they are not destined to be together in Yokosuka. In a unspoken acceptance of reality, she understands that Ryo will leave for China and she must move to Canada. Ryo and his friends share in the moment of victory as dawn breaks over the harbor, then he takes Nozomi home on the motorcycle. She holds him close on the way back, expressing gratitude for saving her and letting him know she’s made the decision that was bothering her. 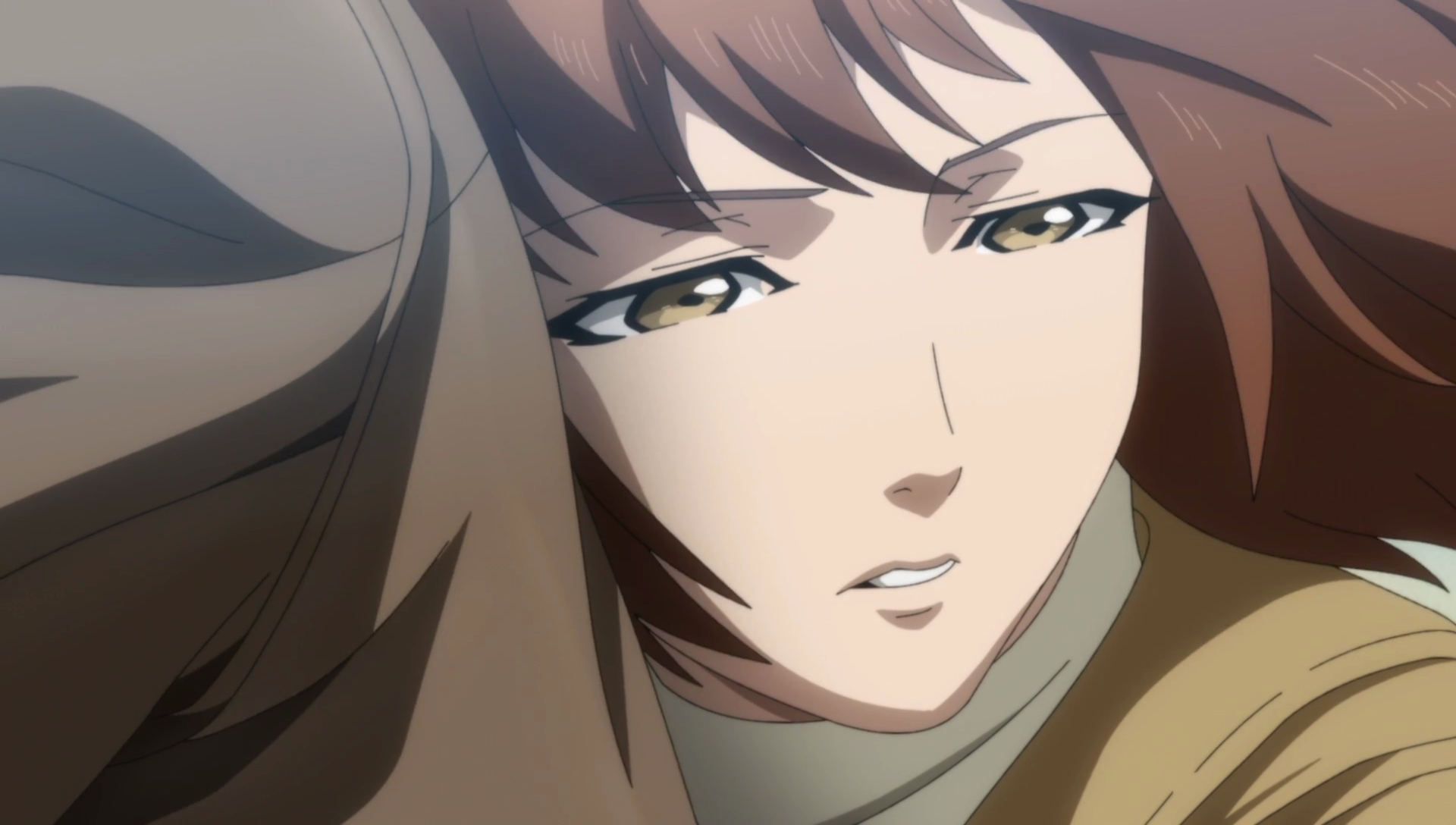 A few days have passed and the departure for Hong Kong is imminent. Ryo resigns his forklifting job and says farewell to Mark, then meets with Mai and Goro to learn they’re getting married. The encounter with the Mad Angels spurred Goro to propose and Mai accepted, seemingly content with using her love language of smacking sense into him for the rest of their lives.

Later, Ryo stands outside the Hazuki residence saying his farewells to Fuku and Ine-san. These two who act as his only remaining family show a clear concern that this could be the last time they see Ryo as he runs toward incalculable danger. He promises both of them he will return and the three embrace hands one last time. 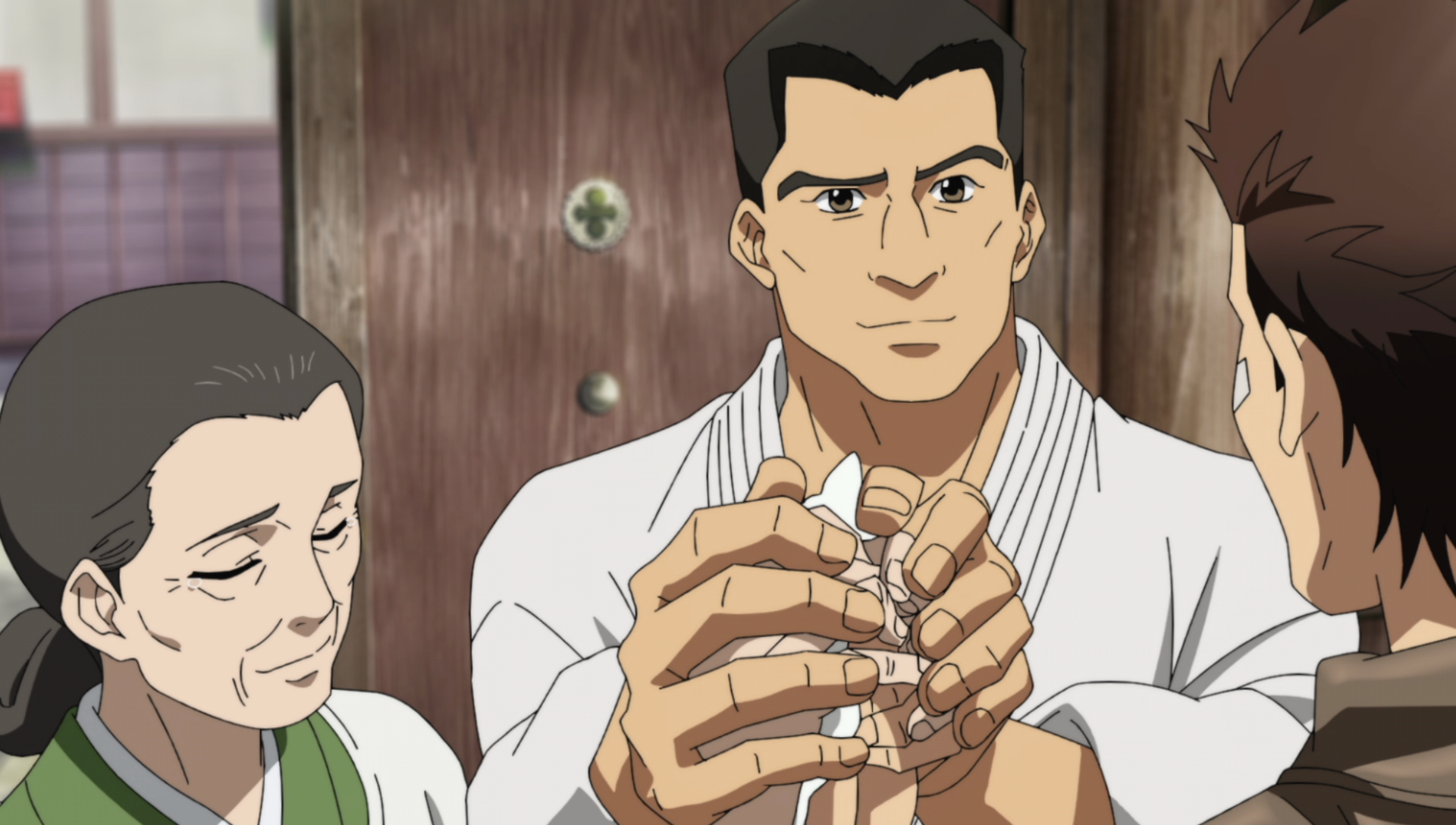 In front of the park, Nozomi greets Ryo and presents him with a charm meant to help protect him on the journey ahead. For the final time, the two leave their deeper feelings unsaid as Nozomi expresses the hope they will see each other again some day. As he turns and walks on, she allows a couple parting tears to fall to the ground. Taking the Next Step

Guizhang quips that Ryo’s foolishness knows no bounds as he approaches him and Master Chen to board the ship for Hong Kong. Here, the Chens let Ryo know he’s not going alone and Guizhang will accompany to help help his quest and keep tabs on the Chi You Men. Ryo plans to look for Yuanda Zhu upon arrival, but the man’s location is currently unknown. Instead he is handed contact information for a trustworthy ally living in Hong Kong, when a set of heavy lead pipes suddenly come crashing down on the trio. Guizhang pushes his father out of harm’s way, but in doing so allows his own leg to get crushed by one of the pipes.

Having sprung his trap, Chai jumps out of hiding and lets Ryo know he has no intention of allowing him to board the ship. The two engage in combat one last time. Chai is shocked at how strong Ryo has become in such a short span after a well placed kick to his neck. Ryo once again states his intention to never lose until he’s uncovered the truth of his father. Chai goes in for another attack and is countered by a Swallow Dive that sends him flying into the ocean, defeated.

Guizhang is unable to travel and despite his protestations, decides to stay behind after Ryo expresses his wish for him to remain at his father’s side. Final goodbyes and thanks are exchanged, some in Mandarin to confirm Ryo can both understand and speak the language he’ll need in China. As Ryo’s ship departs, Master Chen and his son have a touching moment where the younger Chen expresses his desire to grow as a person at his father’s side. Guizhang allows himself to feel a moment of gratitude toward Ryo, as his entry into their lives paved the way for this reconciliation. 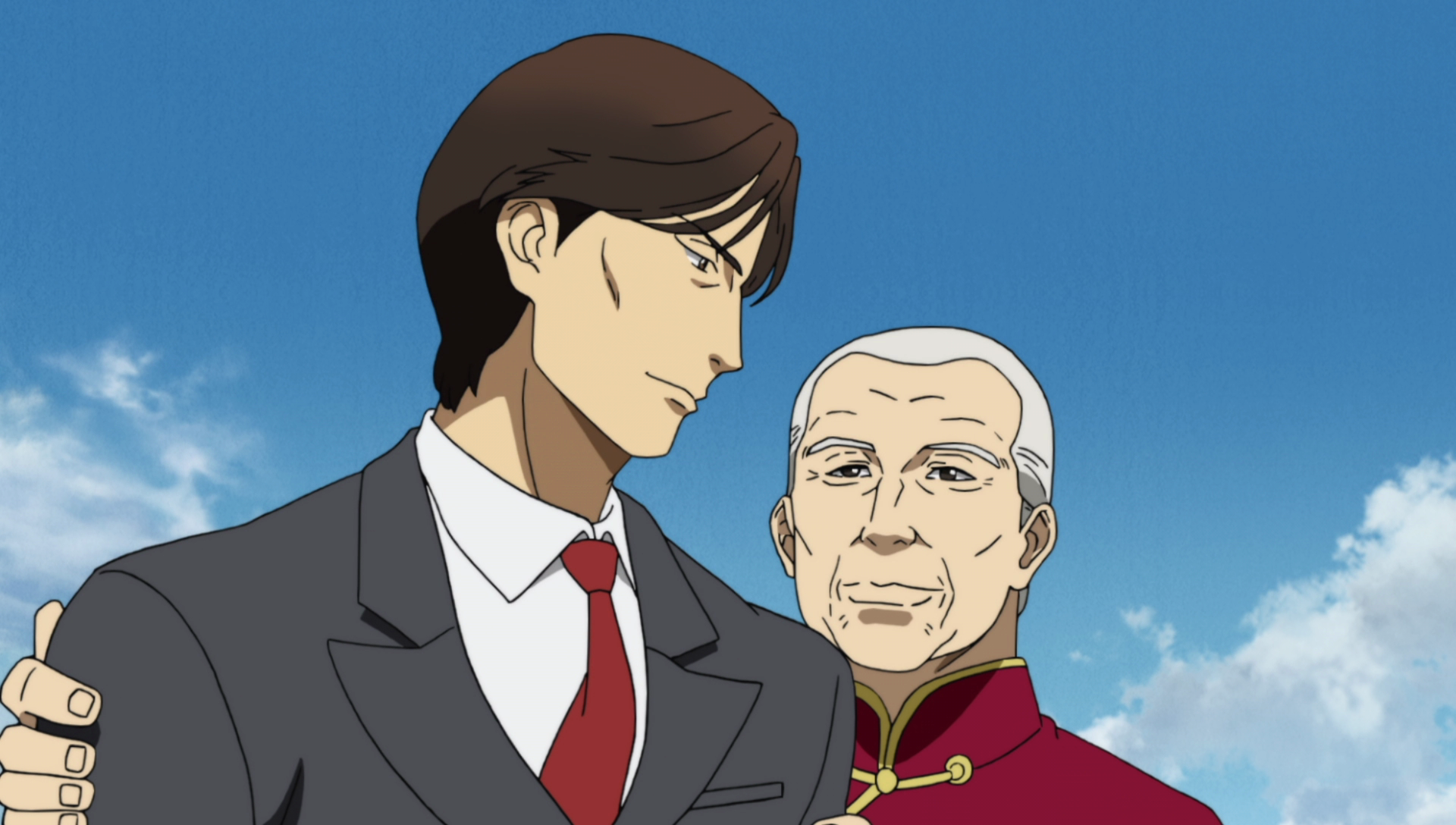 With Nozomi’s charm and the letter from Zhu in hand, Ryo looks off to the sky resolute to find the man that killed his father. Things are about to get serious as new lessons and dangers await him in Hong Kong. 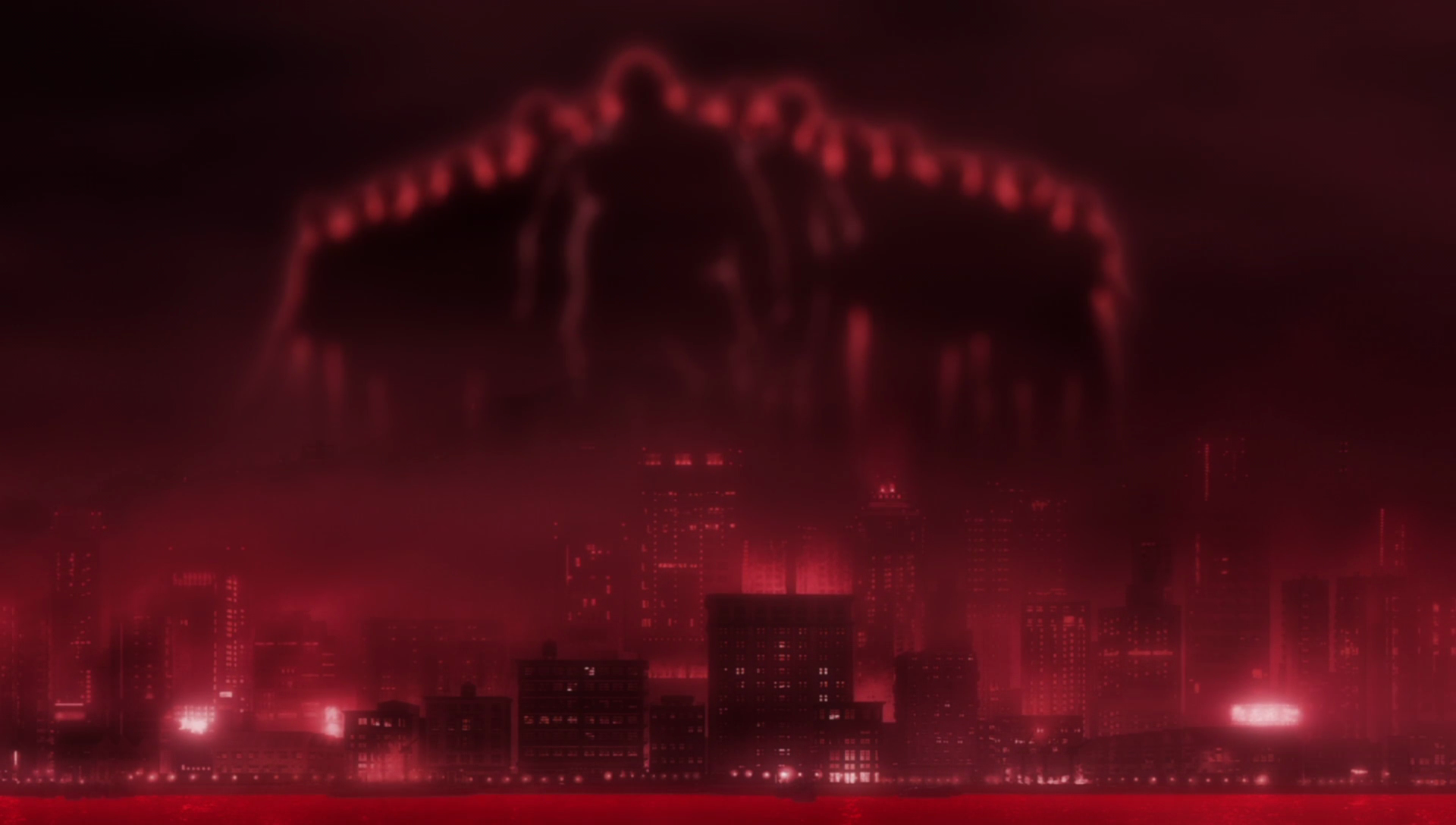 Spoilers for the game series in this section.

Nozomi’s Rescue: In the game she’s given back to Ryo after he agrees to fight Guizhang in exchange for being taken to Lan Di. As there’s no Long Zha event taking place in the anime, the scenario was reworked to have Terry hold Nozomi until Guizhang is dealt with. This enables Goro, Mai, and Mark to play the role of Nozomi’s rescuers from the two gang members assigned to guard her, something they never got to do in the games.

70 Man Battle: The show played this pretty faithfully to the game. I noticed some turns through corridors of the harbor looked familiar to the track Ryo has to take in the game’s 70 man battle. This big difference here no gang member appeared as a ‘boss’ level fighter, so no Pedro Warren shouting “I’LL KILL YOU” in the anime.

Guizhang Staying Behind: After his injury due to Chai’s ambush in Shenmue 1, Guizhang tells Ryo to go on ahead, but the way it was written seemed to imply he would still be coming. To me, this left the door open for him to follow Ryo to China once healed. If this was ever planned, the idea was dropped by the time Shenmue 3 released, with the phone conversations Ryo has with Guizhang giving no indication he’s leaving Yokosuka. The anime makes clear Guizhang’s intent to stay with his father and improve their relationship with Ryo’s encouragement.

A ton of satisfying action and great moments for Goro and Mai yet again this week. Even Mark got in on the action!

We’ve hit a halfway point for the season despite still having eight whole episodes left. The show runners hit all the major plot beats of the first game in 5 episodes while managing to enhance the characterization of Nozomi, Goro, Mai, and the Chen family in the process. I call that a success. A bit sad not to see more of Tom Johnson. Hopefully he appears on a deleted scene or two in the Blu-Ray release.

On a nostalgic note, unless we get a remake of Shenmue at some point, this is probably the last time we’ll see a rendition 1986 Yokosuka depicted in entertainment media. In that sense, it sure was great to take one more trip to the town through this show.

We’re now on to the covering most of Shenmue 2’s plot with the remaining episodes. I’m excited to see how they structure the story of the second game while throwing in fresh perspectives on the Hong Kong characters. Color me especially excited to see how Master Lishao Tao is portrayed, as we’ve seen nothing for them in the promotional material yet.

See you next week for a recap of episode 6: Dignified