Home/Shenmue 3 Kickstarter Update #63
Back to the newsfeed 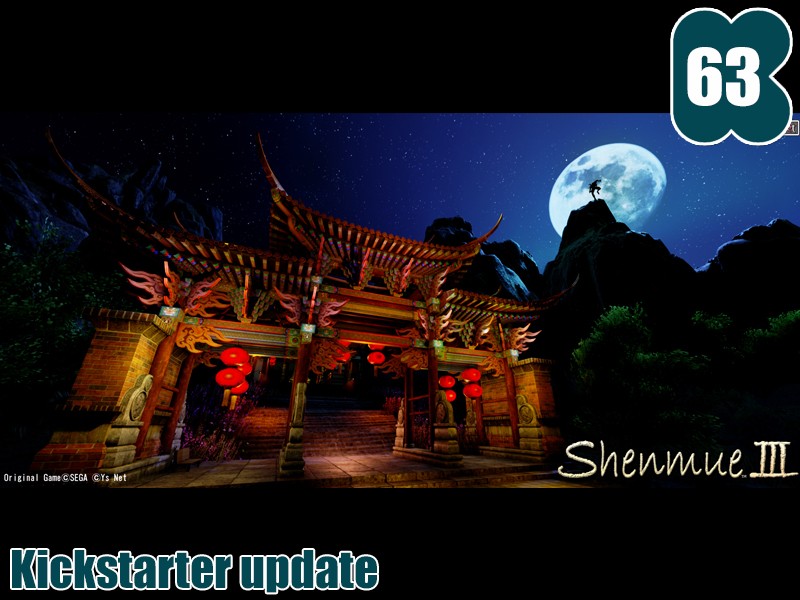 Lots to update this month, so here we go!

R&D for various game elements is on course as the development team shifts its focus towards production. Main game scenarios are nearing completion, motion capture tests are well under way, and voicing tests with the cast have begun. Yu-san and the production staff are happy to say they are enjoying the work as they continue to diligently make progress on the mini-games, events, and battles.

“I have been completely absorbed in development Shenmue III recently, and often stay at the studio throughout the night to make it the best game possible. My life has become Shenmue both day and night, and I’m happy.”-Yu Suzuki

These are still work-in-progress and are subject to change.

Currently backer surveys are currently planned for the summer of 2017. On the surveys, we will ask you for your reward preferences that pertain to the different tiers and for your shipping information if you have pledged for physical rewards. There will be further updates ahead with more information regarding the surveys.