Home/Shenmue 3 Kickstarter Update #49
Back to the newsfeed 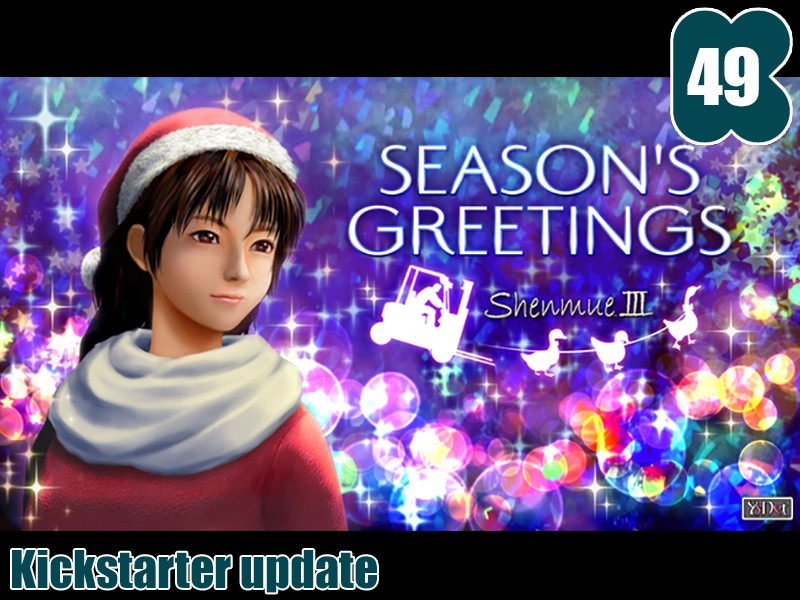 Here we are, the last (and very important) announcements before the magical year that was 2015 comes to a close!

In the last update we added a link for a Twitter poll asking if Kickstarter Exclusive Rewards should be made available on the Slacker Backer PayPal page. There were many who were against the use of Twitter for the poll as many do not have a Twitter account and also because the poll should have been made available only to Kickstarter Backers. True and true. So we will try this one more time so that all Backers at the appropriate pledge level may participate.

The poll can be accessed by the link in the update immediately following this one. We apologize for the mistake and kindly ask for your feedback and participation.

So why bother with this when there are only a few days left on the Slacker Backer campaign? That is because the deadline has been extended! Many of you have asked for an extension, and we have been late in coming with promised add-on/up-grades system, so the Slacker Backer PayPal page will stay up and running to accept pledges. All contributions made will continue to go to the game’s development.

It is official now, Shenmue III is in the Guinness World Records. The good people from Guinness World Records paid Ys Net and Mr. Suzuki a visit a few days ago to hold an impromptu ceremony and present the certificates for “The most money pledged for a Kickstarter video game” at $6,333,296, and for “The fastest $1 million pledged for a crowdfunded video game” at 1 hour 44 minutes.

This miracle is all thanks to you, so be proud and say it loud, “Hey, I did that!”