Home/Shenmue 3 Kickstarter Update #48
Back to the newsfeed 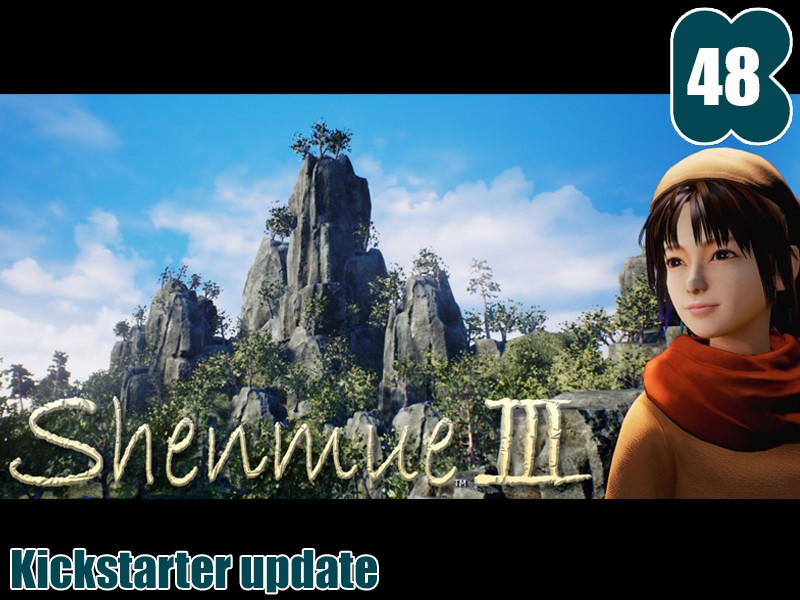 There are two items on the agenda today. The first is question for you regarding the availability of Kickstarter rewards on PayPal and the second is a recap of Mr. Suzuki’s lecture at CHUAPPX Expo.

We have tweeted a poll so you can vote on the question. Please let us hear what you think! CLICK HERE for the Tweet Poll.

Next up, we have an abridged version of Mr. Suzuki’s talk at CHUAPPX.

As you may know, I have recently spent a little time in China to promote and do research for Shenmue 3. I was able to give a give a presentation at the Chuapp X 2015 on the beginning of how I first started making Shenmue, the changing of the times along with the changes in technology, and the work flow of Shenmue 3’s production. I would like to share a portion of that presentation with you here.

There are eleven chapters that make up the story of Shenmue, and those chapters are the basis for the games. Shenmue 1 comprised of Chapter 1, and Shenmue 2 focused mainly on Chapter 2, but also incorporated parts of Chapters 4 and 5. The composition for Shenmue 3 has been finalized, and will begin with Chapter 5 as the continuation of Shenmue 2, to move on past Chapter 6. The story has been written to align with this structure; and the planning for the game elements that will go along with the story have been completed. This project was conceived to be scalable, since the game would necessarily need to be adjusted based on the Kickstarter. Once the Kickstarter was complete and the budget for the project determined, a detailed work flow was produced to fit within those constraints. Following along with the game work flow, we have now begun our baseline research work with UE4. I find this to be the most exciting phase of the game development. Having completed the baseline research, we will then move on to the GDD (game design document) and TDD (test-driven development) processes. Once these steps have been completed, actual production will begin.

Scenes from the prototype. The forest in Shenmue 2 was created using the Magic Maze System With UE4, weather changes and forest density will be improved.

A test model room within UE4. A shadow resembling Ine-san’s is present. Why do you suppose that is?

The basic systems have been put in place and we are currently testing the Destruction (when objects break) and High Ground (environmental interactivity) effects. Unlike the development from 15 years earlier, we have assets already available to us and we are in an era where we can create prototypes even without a programmer. Programs, artwork and planning have become more closely related, realizing a new type of work flow for a new age. This new work flow utilizes both game engines, which used to be very expensive, and allows for work to be done on a more open, individual basis. I hope this will lead to everyone more fully enjoying their work.

This concludes today’s update. I hope you all will continue to follow along with us through the process. Thank you very much.