Español
Home/Shenmue 3 Kickstarter Update #39
Back to the newsfeed 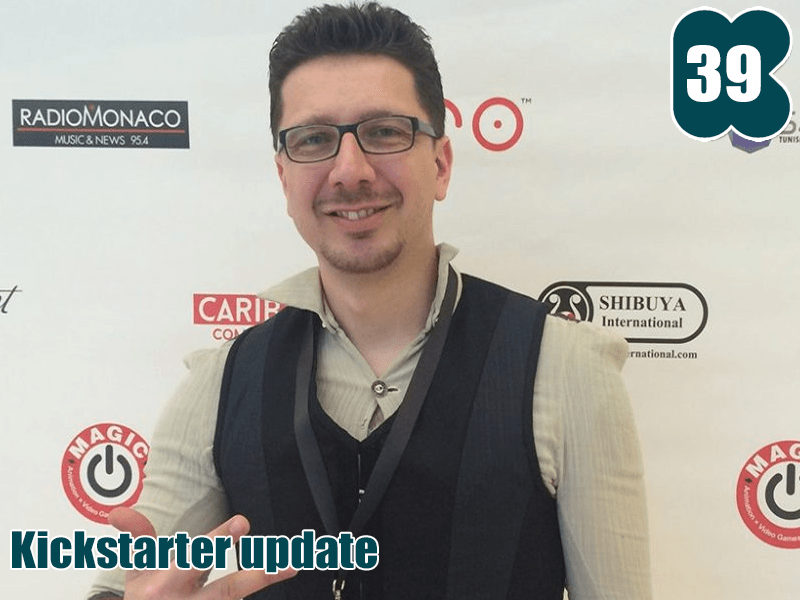 Cédric Biscay: Shenmue Through and Through

Bonjour fans de Shenmue!We one more very important person to introduce. Co-producer and longtime Shenmue fan, Cédric Biscay. Here is a little Q & A to get us all acquainted.

Could you introduce by yourself to all of the Shenmue fans out there? I am a 35 year old French entrepreneur with a passion for video games and animation. I started gaming when I was 5 years old, on the CPC 464, a computer made by the company Amstrad. I played a lot on many different consoles, but my favorites are the Sega Saturn and Neo Geo Pocket color. I established Shibuya International, my first company in 2002. We are a consulting company acting as a bridge between Europe and Japan. As I wanted to be more and more involved in the animation and game industries, I decided last year to establish Shibuya Productions in Monaco. We also have a branch office in Japan. Shibuya Production’s main projects now are Astroboy Reboot, Fusion and of course, Shenmue III!

Have you played Shenmue 1 or 2? You bet! I played Shenmue in 2000 instead of going to class at university… please don’t mention it to the `rents! The game was so amazing, unfortunately I do not understand Japanese, so it was complicated to pick up all of that deep story, but I did not mind because the gameplay was so awesome.

What impression did Shenmue 1 & 2 have on you? First of all, when I switched on the Dreamcast, I was so excited, because all the SEGA fans were waiting for this game and I finally got my hands on it! Usually when you wait too much for something, there is a high chance that you be disappointed, in the case of Shenmue, it was totally different. It was so much more impressive than the pictures I saw previously in the magazines. The whole game from top to bottom is just great—QTE, mini games, open world, and the list goes on and on. It is impossible to just mention one part. And you can’t forget that music!

How do you feel to be working on Shenmue 3 now? I am so proud. In my mind, I wanted to help Yu-san make Shenmue 3 but I could not think this could happen for real. Also, the Shenmue fans are so nice, they understood immediately that I am similar to them, I think beside my role as a co-producer, I am a kind of fan representative. Wow, I think I will make a Shenmue III business card with the official title: Fan Representative Officer! That sounds nice, let’s ask Yu san!

As a co-producer, you have a main role in Shenmue III what would you like to say to the Shenmue fans? First of all, thank you so much. I am deeply impressed the all of the Shenmue fans. I knew Shenmue is a famous game with a strong community, but it has been totally beyond my expectations. Without the fans and the KS campaign, it would have been impossible to make Shenmue III. I would like to meet the fans in the Monaco Anime Game International Conference!

Nice to meet you too Cédric! Got questions or comments for him? You can follow him on Twitter at @CedricBiscay