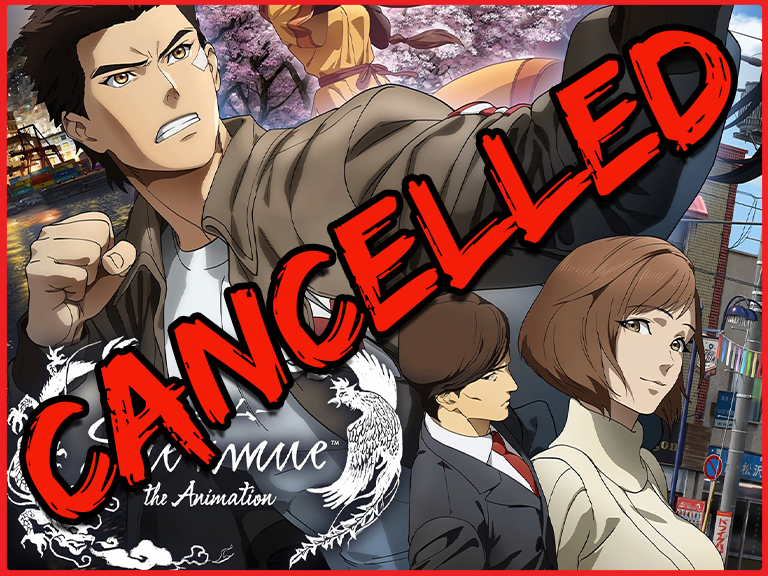 Unfortunately we have to break the news that Season 2 of Shenmue The Animation likely isn’t happening as per Jason Demarco’s tweet this past hour.

Sorry guys. This happened. You can still watch all of the anime on Crunchyroll and it will still be available as digital downloads. And yes, it’s looking like no S2 of Shenmue, even though sadly- it did well enough that we were gearing up for S2. Maybe one day… https://t.co/WpM3O6NcSC

Despite doing very well in its initial run and subsequent re-run it seems that the decision as been takena way from AdultSwim at this time and Season 2 will not get off the ground. The inital worry broke when it was seen that Shenmue The Animation Season 1 had been pulled down from the AdultSwim page, leading to speculation that a season 2 would not be made. Jason Demarco’s tweet in the last hour confirmed this.

Whether this is down to issues with Crunchyroll who we know are now AdultSwim’s direct competition we don’t know but what we do know is that this, more than ever is a shot across the bows that we need to get ourselves together, dust ourselves down and go again.

Tweet #ShenmueAnime2 to Crunchyroll and SEGA to get them to reconsider this decision which on the surface seems so strange given the Anime’s initial successes.