(Mods feel free to move this in a different area, but figured it would get more attention in the SIV page) 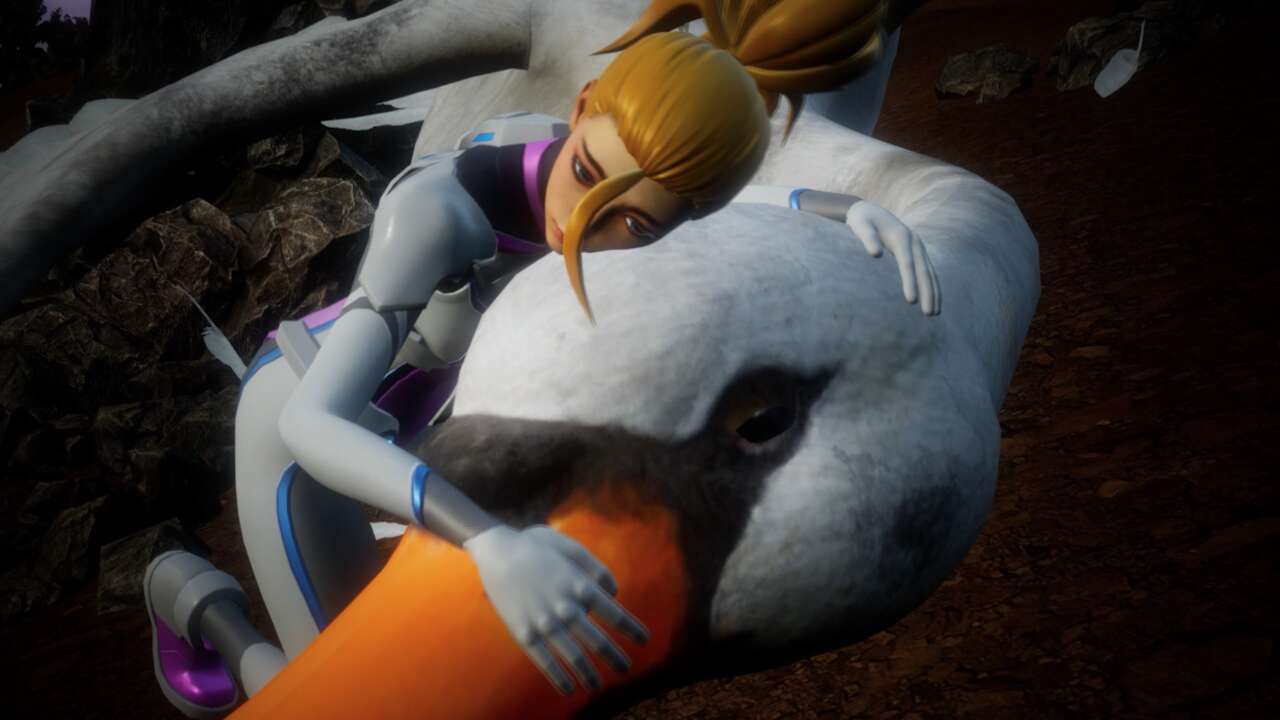 Coming exclusively to Apple Arcade on June 24, Air Twister is a throwback arcade shooter. The game follows a character named Princess Arch as she wages a war against alien invaders and helps save the giant geese who are native to her planet.

In a briefing for the game attended by GameSpot, Suzuki shared his love for classic floppy disc games like Mystery House and Ultima and how it made him excited to work on a game that felt closer to his arcade roots and was a straightforward and replayable.

Suzuki pitched what he called a touch-panel shooting game to Apple, but was hesitant to call it a Space Harrier spiritual successor. Suzuki said he has always had this idea for a fantasy shooting game, but back in the '80s the limited available tech led to Space Harrier. In 2022, with the new tech and approach, his idea turned into Air Twister. "This is my ideal fantasy shooting game. I think when you play it, you will see it has a much different feel," Suzuki said. Outside of the Space Harrier roots, the game also seems to take some inspiration from Rez and Panzer Dragoon with weapons that lock on to multiple enemies by swiping over them on the touch screen. Suzuki did confirm the game can also be played with a controller, as well.

Footage from the game showed Princess Arch soaring across an ocean dotted with giant mushrooms, and dodging giant floating fish pulling giant balloons carrying houses behind them. Suzuki said Princess Arch's hair, clothing, and face can all be changed with various unlocks, but since this is an Apple Arcade game, those customization upgrades won't be microtransactions.

The game's soundtrack is surprising and features 19 original, full-length tracks from Dutch composer Valensia. Suzuki said he was a long-time fan of Valensia and was able to get in touch with him on Facebook to pitch him on creating music for the game, to which he agreed.

Air Twister releases for Apple Arcade on June 24. Apple Arcade is available for $4.99 a month and gives subscribers access to a large library of curated iPhone and iPad games.
Click to expand... 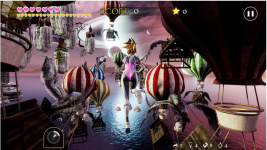 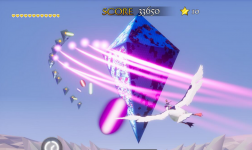 Location
The good ol' US of A

Well I have an Android, so it looks like I won't be getting it, but oh well, I just hope Shenmue IV ain't an Apple arcade exclusive.

Keep your Mind as clear as a Polished Mirror.

Here is the trailer:

Whilst i'm bummed it's not Shenmue IV, i'm kinda pleased for Suzuki-san if it allows him to flex his muscles in a different manner (and might allow him to come back to Shenmue IV with a renewed and refreshed focus). The graphics look really trippy (shades of Dalí and Jodorowsky) and looks like a lot of fun.

I would 100% buy this to support him, but I need a physical or PS edition in order to do that.
S

Will have to see if it runs on my old hand-me-down iPad, but if not it might end up elsewhere after a period of exclusivity, sans touch controls.


In regards to Shenmue IV, I think this is an interim project and not the only thing going on at YsNet. So keep your pants on, people.

Interesting. Appears the Space Harrier sequel hinting was close to the truth. Now back to 110...

I do love that it looks absolutely barmy and yet still has that Suzuki style. I mean Space Harrier is trippy as hell and many of his games are quirky and weird.

I do love a good on-rails shooter, so i'm quite behind this :)

I also think the fact it was announced out of the blue is also a good sign that secrets at YsNet can be kept. I think this aligns with YsNet's expanded space and truly believe this is a side project to let off some steam (no pun intended).

The gameplay really looks like Space Harrier. It will be nice if this game gets a PS4/PS5 release someday, and on Steam as well.

I don't think this announcement have relation to the "apple banana" tweet, 110 Industries have nothing to do with Air Twister as far as i know.

Like Spaghetti said i also think that Air Twister is not the only thing going on at YS NET, so is possible to see Shenmue IV announcement this year as well.

The game looks interesting and fun, and the visuals looks great. I will definitely buy this game and support Yu Suzuki/YSNET, i'm so happy to see that Yu Suzuki is making more games, this is wonderful.

Looks pretty cool, and the OST sounds sick! I love the face that Yu is doing something else tbh as in the interview he said he's had this who fantasy ideal for a while, which is great.

As someone who doesn't have an Apple device (apart from a 2012 iMac lol) just out of interest I googled what an Apple Arcade Exclusive deal looks like, and apparently is not really exclusive.

There is one thing about Apple Arcade that has confused some people, namely that Apple is touting all these games as “Apple Arcade exclusives.” Yet many of them are available elsewhere. What’s going on?"

2) They cannot be a part of some other subscription service, such as Xbox Game Pass or something

These games can in fact appear on PS4, Xbox, Switch or PC. So for many of these games, you will have the ability to buy them individually on other platforms for a set dollar amount if they decide to do a cross-platform release. It’s just that the other platform cannot be Android. Almost everything else is fair game.
Click to expand...

Hopefully it comes digitally to Steam, PS Store etc. Would be a nice!

Also, pretty clear that this wasn't made a 50+ people, so hopefully, as others have said, there is more going on at YSNet

It's just so nice to see Yu flexing his creative muscles again. That we get a great game (presumably) out of the bargain is just icing on the cake. 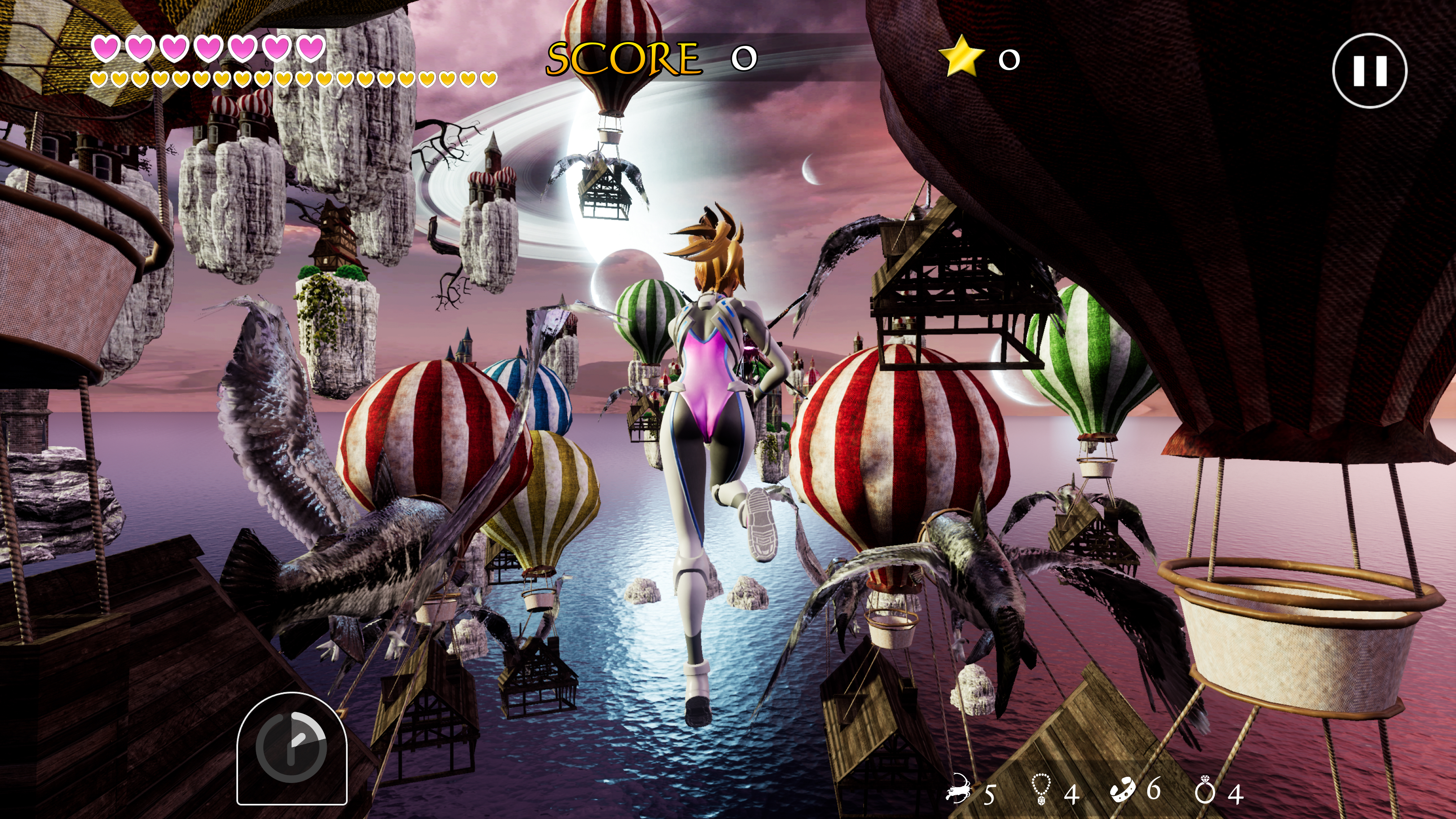 Suzuki says the fish are actually part of a moving company.

While this is disappointing in some ways, on the bright side it’s good to see Ysnet release some stuff.

While I was never biggest fan of Space Harrier I want to support this. I have an older iPad and new iPhone what are the specs required for Apple Arcade exactly?
Last edited: May 31, 2022
OP
OP

It looks like something that looks like it could've been on high end MODEL 3 or NAOMI. It really does have that sort of anything goes late 90's style. Again, i'm all for it.

The article mentions that you can play the game with a controller, so perhaps a port isn't out of the realms of possibility down the line?

bcdcdude said:
It looks like something that looks like it could've been on high end MODEL 3 or NAOMI. It really does have that sort of anything goes late 90's style. Again, i'm all for it.

The article mentions that you can play the game with a controller, so perhaps a port isn't out of the realms of possibility down the line?
Click to expand...

I hope so, I don't own any Apple devices but I'm looking up iPhone deals as I type this

I decided to look for the game on app store and i found it, i even put in the store to notify me when the game release.

Informations about the game in the store.

Navigate the skies and fight invaders in this new endless fantasy shooter from legendary game creator Yu Suzuki. The have taken on the role of Princess Arch in the fight against bizarre invaders to save their planet from destruction. They shoot arrows to trail graceful arcs of light through beautiful and ingenious levels, before piercing their foes. With fun and easy touch-sensitive drag shooter mechanics, the fate of the planet is in your hands.

Enter a fantastical world with an epic soundtrack by composer Valensia, which mixes rock, opera and classical music! Find something new every time you play through each of the 12 levels! More than 20 different Vanguard creatures will hinder your path and 10 unique bosses await your challenge at the end of the world! Collect stars to boost your princess and unlock new game modes! Simple touch controls make the game fun and easy! Or connect a controller for an arcade-like experience! Shoot for the lead and compete in the definition and ranking categories with modes from around the world! 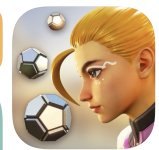 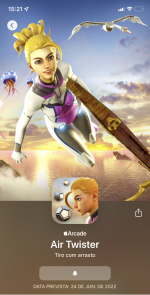 And an interesting thought came into my head, Yu Suzuki could be generating an income from this and similar style arcade games, that then could feature in Shenmue 4 for all we know to combat the SEGA licensing issues!

**** Apple and their shitty, antiquated products, but I'm over the moon for Suzuki.

rofl
the soundtrack will be glorious

James Brown said:
And an interesting thought came into my head, Yu Suzuki could be generating an income from this and similar style arcade games, that then could feature in Shenmue 4 for all we know to combat the SEGA licensing issues!
Click to expand...

That's what I think as well, James.