What happened in Meng Cun?

The Shenmue series contain many mysteries. One of the main mysteries of Shenmue is the question about what
really happened in Meng Cun between Iwao Hazuki and Sunming Zhao and if Iwao really killed Sunming Zhao or not.

Iwao and Zhao were friends and trained together in Bailu Village, so what happened for this to end in such a tragic way? Today I will
talk about this subject and I will share my theories about what I think happened in Meng Cun between Iwao Hazuki and Sunming Zhao. 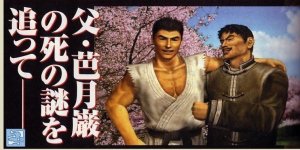 In the beginning of the first game Lan Di asks Iwao if he remembers Sunming Zhao. After this Lan Di says
that this is the name of the man Iwao killed in Meng Cun. Iwao says "It can't be...you?", meaning that at
this moment Iwao knew who Lan Di was, and he probably thought that Lan Di was the son of Sunming Zhao.

In Shenmue III Master Feng said that he knows better than anyone that Iwao was not a man capable of murder. So
if this is true Iwao would never kill anyone, especially his friend Sunming Zhao and the son of his friend aswell. 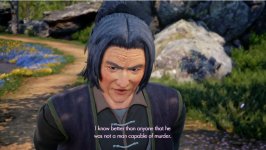 
What really happened in Meng Cun? Did Iwao really kill Sunming Zhao?
I will now propose some scenarios about what I think could have happened.

Scenario 1 - Sunming Zhao asks for Iwao to kill him.

In this scenario Sunming Zhao is possessed by the power of the mirrors. In one moment he asks Iwao to kill
him and take care of the mirrors, that this is the only way to end this situation. With a lot of sadness in
his heart Iwao kills Sunming Zhao while maybe Lan Di watches from distance. After this, Iwao takes
the mirrors back to Yokosuka and blamed himself for everything that happened in Meng Cun. Iwao couldn't save his friend.


Scenario 2 - The Chi You Men twisted with Lan Di's mind. 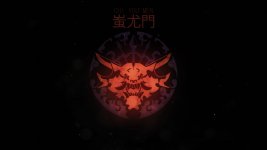 In this scenario Iwao doesn't kill Sunming Zhao. Aother thing caused the death of Zhao. Maybe Tentei killed Zhao but Iwao
managed to take the mirrors safely back to Yokosuka. Then Iwao blames himself for everything that happened because he couldn't save his friend Zhao.

After the death of his father, Lan Di was raised by The Chi You Men. At this moment, probably Tentei twisted with Lan Di's
mind to make Lan Di want revenge against Iwao. Lan Di believed in Tentei and started to train to avenge his father.


Scenario 3 - Sunming Zhao wanted to do bad things with the mirrors.

Iwao has no other choice and fights against Sunming Zhao. With a lot of sadness in his heart Iwao kills Sunming Zhao
because he feels he doesn't have any other choice - to potentially save the world (from being devoured). Then Iwao takes the mirrors back to Yokosuka and blames himself for everything that happened in Meng Cun. Iwao couldn't save his friend Zhao.


Scenario 4 - Iwao kills Sunming Zhao to get the mirrors for himself. 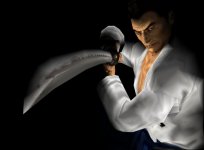 
Scenario 5 - Iwao tries to save Sunming Zhao but fails. 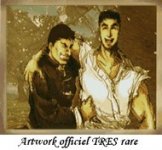 In this scenario Sunming Zhao is almost falling off of a cliff or some other situation (hypothetically), Iwao tries so hard to save Sunming
Zhao but it is not possible anymore. Sunming Zhao gives the mirrors to Iwao and asks him to take them
to a safe place. We have an emotional scene and then Sunming Zhao dies, and perhaps Lan Di saw this and assumed that Iwao kill his father.

Maybe this is one of the reasons why Iwao said to Ryo "keep friends, those you love... close to you." Because maybe
Iwao couldn't save his friend Sunming Zhao, so if Iwao was close enough to Sunming Zhao the tragedy wouldn't have happened.

-Right now I don't know other scenarios but if i remember more i will edit this post.-

What do you think happened in Meng Cun between Iwao Hazuki and Sunming Zhao? Did Iwao really kill Sunming Zhao or not?

Please tell your thoughts in the comments below and remember to keep friends... those you love... close to you!
See youall in my next blog post, bye bye. 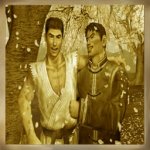 Not addressing but debating:
If Iwao did not took Sunming's life (be it for survival, accident) there has to be something that unabled him to just say "I didn't killed him". What could it be?
Being pointless? He had no evidence for support it (or did he?), maybe Sunming indeed fell from a height and, in addition to Lan Di watching from a misleading perspective, Iwao also noticed the kid and instantly knew how it looked. Or maybe he was seen covered in Sunming's blood and wrong ideas again.
I'm clueless honestly.
Yet another love postcard to Shenmue from Hiki. I miss the purple font.

Good scenarios. With Xiuying comment in the anime (I think this is exclusive?) I would add another one where Iwao killed Zao on accident, perhaps striking him in a vital point wihout wanting to do it or protecting someone or something like that.

Like Seaman says, If Iwao didn't kill him, something prevents him to say that to Lan-Di, besides, I can sense the guilt and the acceptance of his fate in Iwao, even in the letter he did left for Ryo, he did know that someday his death would happen.

The scenario i believe is the 1 more or less.

Whoah, with all of this, I'm thinking on another scenario. What if the monster did enter in Iwao, and him killed Zao, after that he did regain the conscience? Can be another possibility. Perhaps even Zao died protected anybody.

That way, Iwao really never killed anyone, he would feel guilty likewise, and everything could fit, Is a cool possibility, but I think still I rather scenario 1.
Last edited: Oct 17, 2022
R